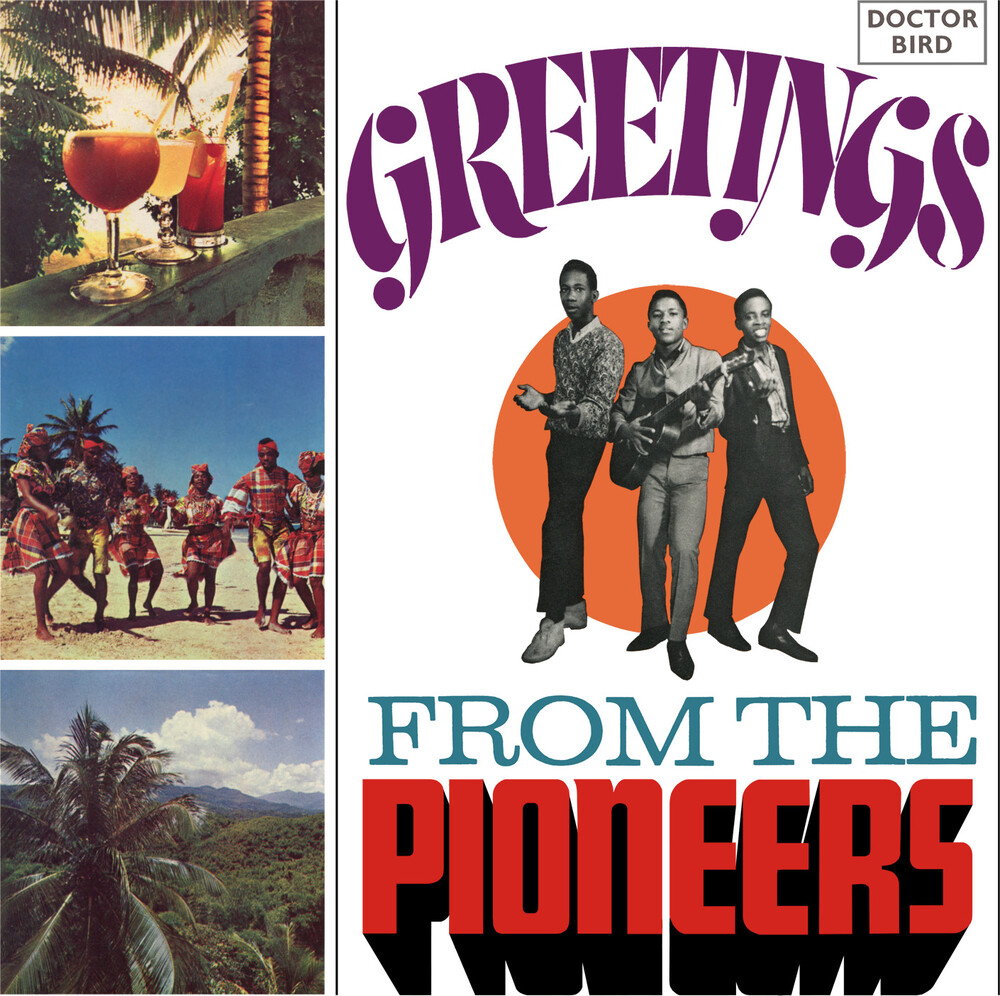 Although the Sydney Crooks-led Pioneers were already veterans of Jamaican music scene when, in 1967, they came to join the small roster of the then rookie producer Joe Gibbs, the vocal trio had as yet failed to achieve any significant success. Within a year, however, they were regulars in the national charts, with significant hits including 'Long Shot', 'Jackpot', 'Catch The Beat' and 'No Dope Me Pony'. In recognition of their popularity both at home and in the UK, London-based Trojan Records released an entire collection showcasing the best of their work to date: 'Greetings From The Pioneers'. Issued on the Amalgamated subsidiary label that had been created as a vehicle for Gibbs's works, the set became an essential purchase for many both in the UK's growing Afro-Caribbean community and among a rapidly expanding young, white working class fanbase. Now, over half a century since his historic release, the collection finally sees release on CD, with it's original 12 tracks augmented by an astounding 48 Joe Gibbs-produced recordings from the period. Included are numerous major Jamaican chart hits and equally obscure recordings from the archives.