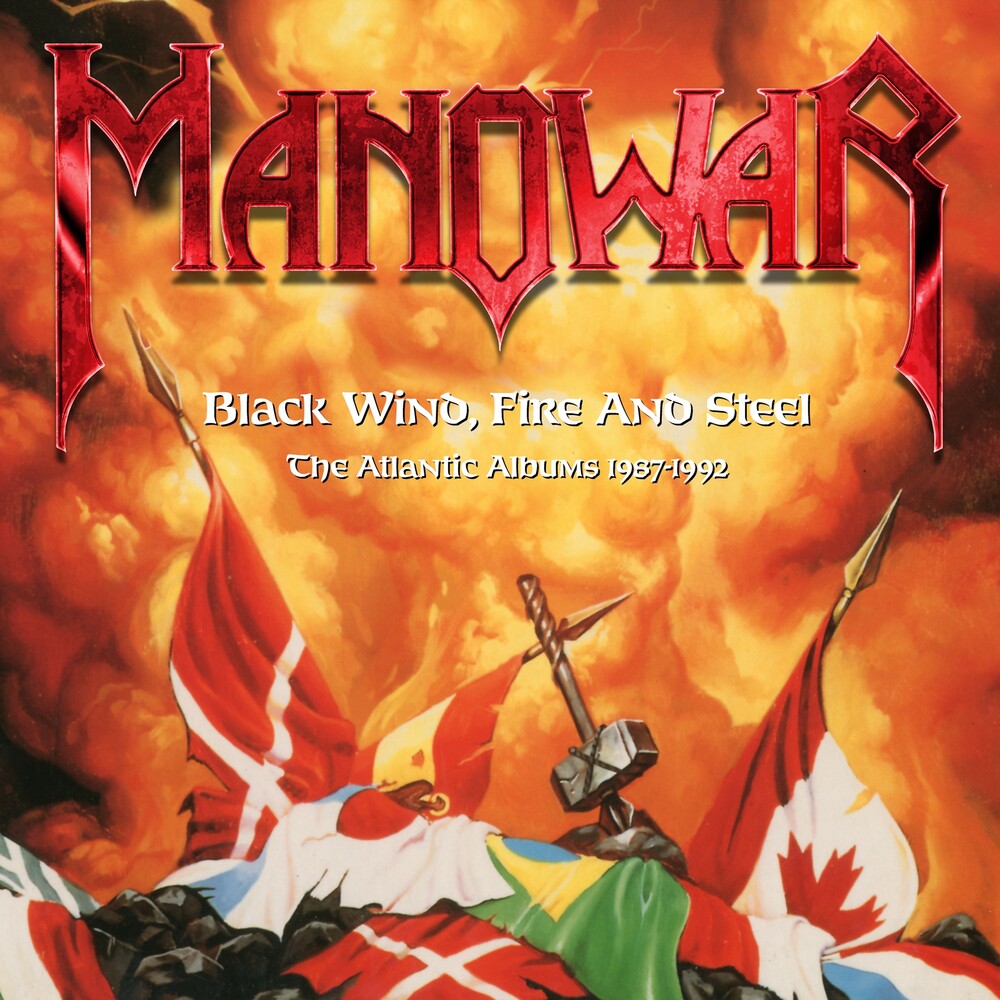 Manowar's origins go back to Black Sabbath's Heaven And Hell tour of the UK in 1980, when Black Sabbath bass tech and pyrotechnic operative Joey DeMaio met former Dictators guitarist Ross The Boss, then playing guitar with French support band Shakin' Street. At the end of the tour, the pair joined forces with singer Eric Adams and Manowar were born. Scott Columbus would join on drums for 1983's "Into Glory Ride". Releasing the self-explanatory and genre defining "Battle Hymns" in 1982, they would release three more influential and ground breaking albums of heavy metal before signing to Atlantic Records in 1987 for "Fighting The World". Notable for being the first Manowar LP to sport a cover painting by celebrated fantasy artist Ken Kelly, famed for his iconic artwork for KISS and Rainbow, Kelly would collaborate with Manowar for many years to come. Among the 9 tracks penned by Joey DeMaio was a revisit to the epic 'Defender' featuring Orson Welles (the only occasion that the legendary actor collaborated with a heavy metal band). Also included was lead single 'Blow Your Speakers', whose video gave the band a wider audience through the growing popularity of MTV. Wasting no time, a second LP was released by Atlantic in 1988. "Kings Of Metal" proved to be a commercial high point, featuring the singles 'Wheels Of Fire' and 'Kings Of Metal'. The "Kings Of Metal" tour would continue for three years, taking Manowar around the globe. It was four years before another Manowar record - "The Triumph Of Steel" - was released, by which time founder member Ross The Boss had been replaced by David Shankle on guitar and Rhino had replaced Scott Columbus on drums, the only record to feature this line-up. The album kicks off with one of Manowar's most ambitious pieces, the near 30 minute 'Achilles, Agony And Ecstasy In Eight Parts '. Sporting another impressive Ken Kelly painting, "The Triumph Of Steel" was released in 1992, and features the single 'Metal Warriors'. Included as a bonus track is the non-album song, 'Herz Aus Stahl'.