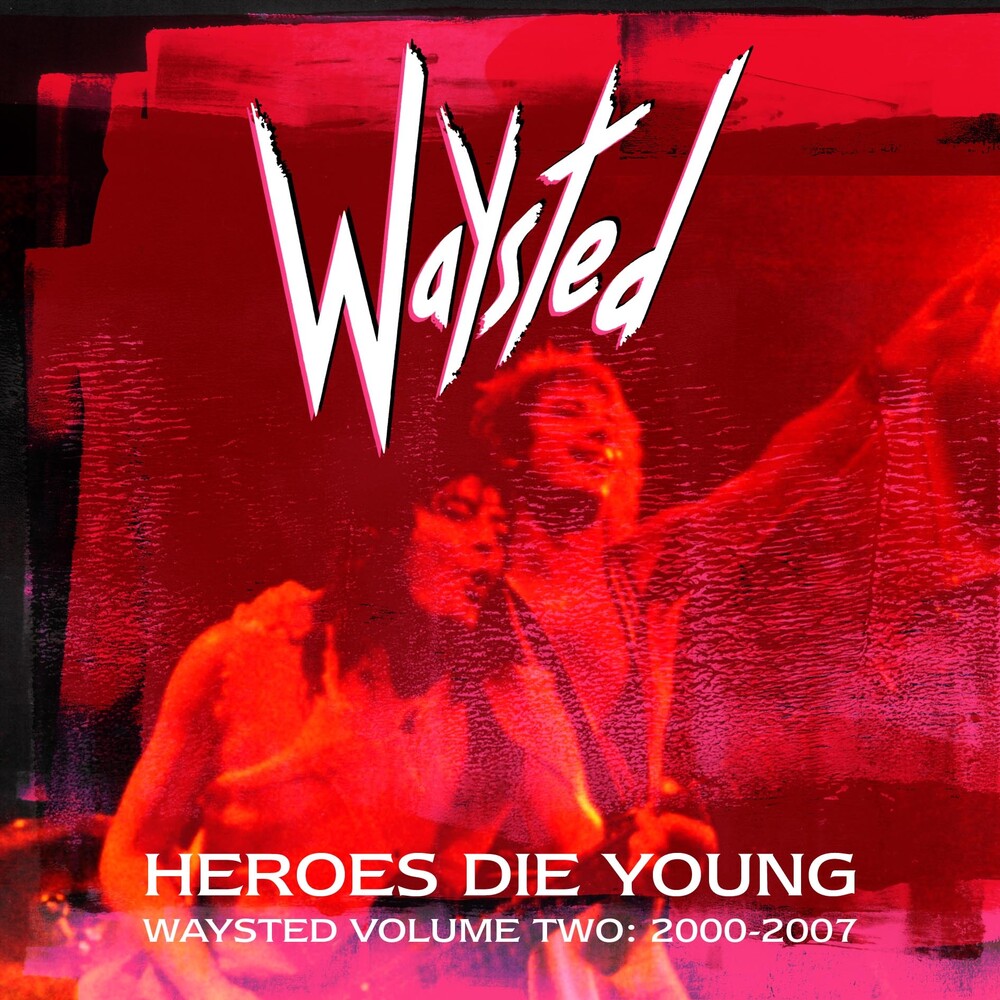 Five albums from the reformed Waysted from the early 2000s. Featuring the legendary Pete Way and including "the definitive Waysted line up. "During a whirlwind couple of years, bassist Pete Way quit UFO following the 1982 'Mechanix' tour, before planning a band with MotÃ¶rhead's 'Fast' Eddie Clarke as Fastway, before finally assembling Waysted in 1983. Teaming up with singer Fin Muir, Waysted was completed by Ronnie Kayfield on lead guitar, Frank Noon on drums and Pete's former UFO band-mate, Paul Raymond, on rhythm guitar and keyboards. Waysted's well received debut for Chrysalis, the self- explanatory 'Vices' was followed by a mini-album, plus two further studio albums, until Waysted called it a day following the tour to support 1986's 'Save Your Prayers'. Sparked by rekindled interest in the band following the release of 'Wilderness Of Mirrors', an album of demos for their 'Save Your Prayers' album from 1986, original member Pete Way (UFO, MSG, etc) joined forces with original Waysted singer Fin for 2004's 'Back From The Dead' in a new line up of the band featuring Chris George on guitar with Paul Haslin and Scott Phillips both on drums. Heading out on the road, Waysted took the opportunity to bootleg themselves with 'Boot From The Dead', an official pirate recording of four songs captured during Waysted's gig at London's Mean Fiddler on 18th February 2005. Tracks five and six on CD3 in this set, 'The Wild The Willing And The Innocent' and 'No Place To Run', are taken from the Japanese edition of 'Back From The Dead', and are re-recordings of the UFO classics featuring Paul "Tonka" Chapman on guitar. Mixed and mastered by Robin George, 'Organized Chaos... Live' was recorded live at The Barfly in Glasgow on 21st September 2005. Kicking off with 'Toy With The Passion', Waysted run through a set featuring new tracks, such as 'The Alternativa' and 'Must B More 2 It Than This' from 'Back From The Dead', as well as 'Love Loaded' and 'Night Of The Wolf' from their debut. Produced by Fred Purser (Tygers Of Pan Tang, Penetration), 2007's 'The Harsh Reality' includes a cover of 'Handbags And Gladrags', a song that Waysted's Fin had sung for the opening theme of the Ricky Gervais TV series, The Office. Again, with drummer Paul Haslin and guitarist Chris George on guitar. According to Fin's liner notes, this album, "Has been the most pleasing, refreshing and creative piece of work we have ever done... This is THE definitive Waysted line up. So there. "