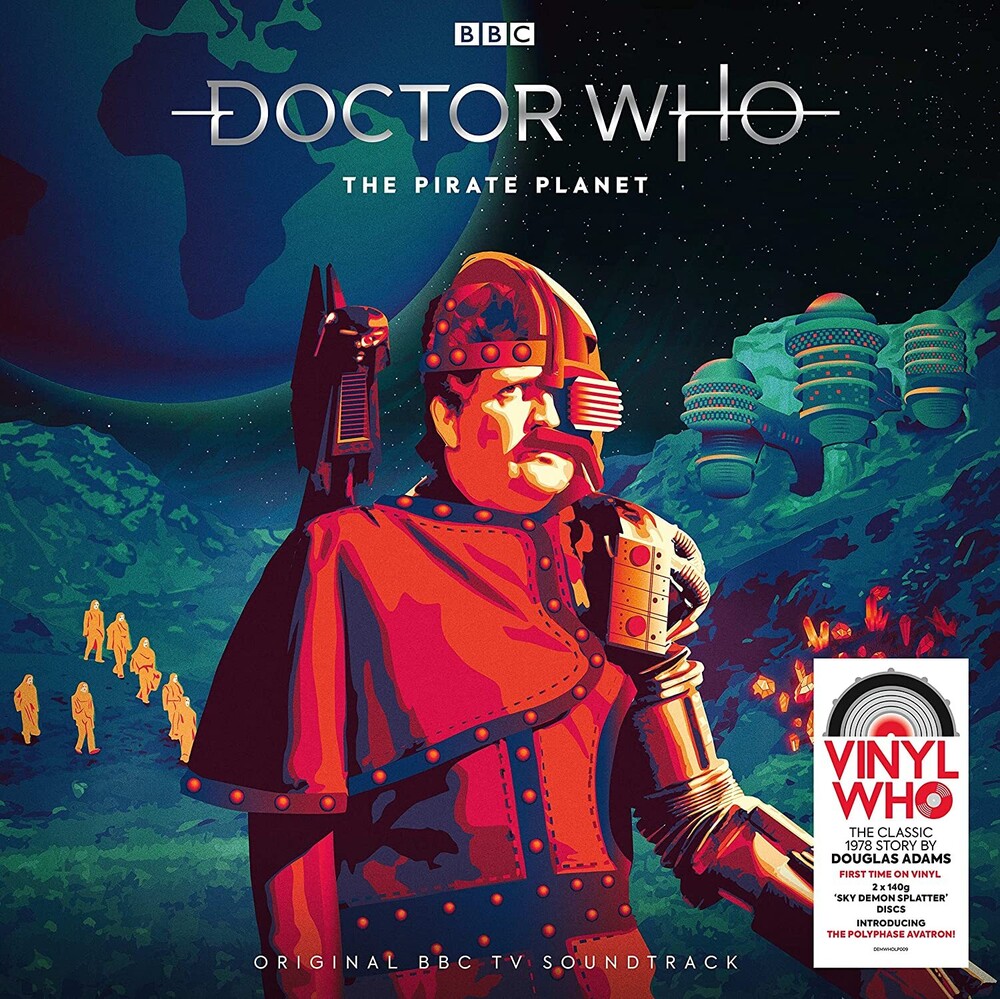 ."The life force is dead! We're all murderers!" Demon Records presents the debut Doctor Who adventure by Douglas Adams - creator of The Hitchhiker's Guide to the Galaxy - starring Tom Baker as the Doctor. On the hunt for the Key to Time, the Doctor, Romana and K9 materialise on the planet Calufrax - or do they? Entangled in local events, they are caught between the bombastic Captain - half-man, half-machine - and the sinister Mentiads. Someone is ransacking whole planets for their wealth, and just as the Doctor discovers who's behind it another one comes under threat: Earth! Presented across 2 x 140g Sky Demon Splatter vinyl discs, this 1978 TV soundtrack is narrated by John Leeson, the original Voice of K9. The supporting cast includes Mary Tamm as Romana with Bruce Purchase, Andrew Robertson, David Warwick and Rosalind Lloyd. Incidental music is composed by Dudley Simpson, and the familiar strains of the Doctor Who theme are courtesy of the BBC Radiophonic Workshop. The coloured vinyl LPs are presented in a fully illustrated gatefold sleeve showing cast and credits, and inner bags featuring complete episode billing.