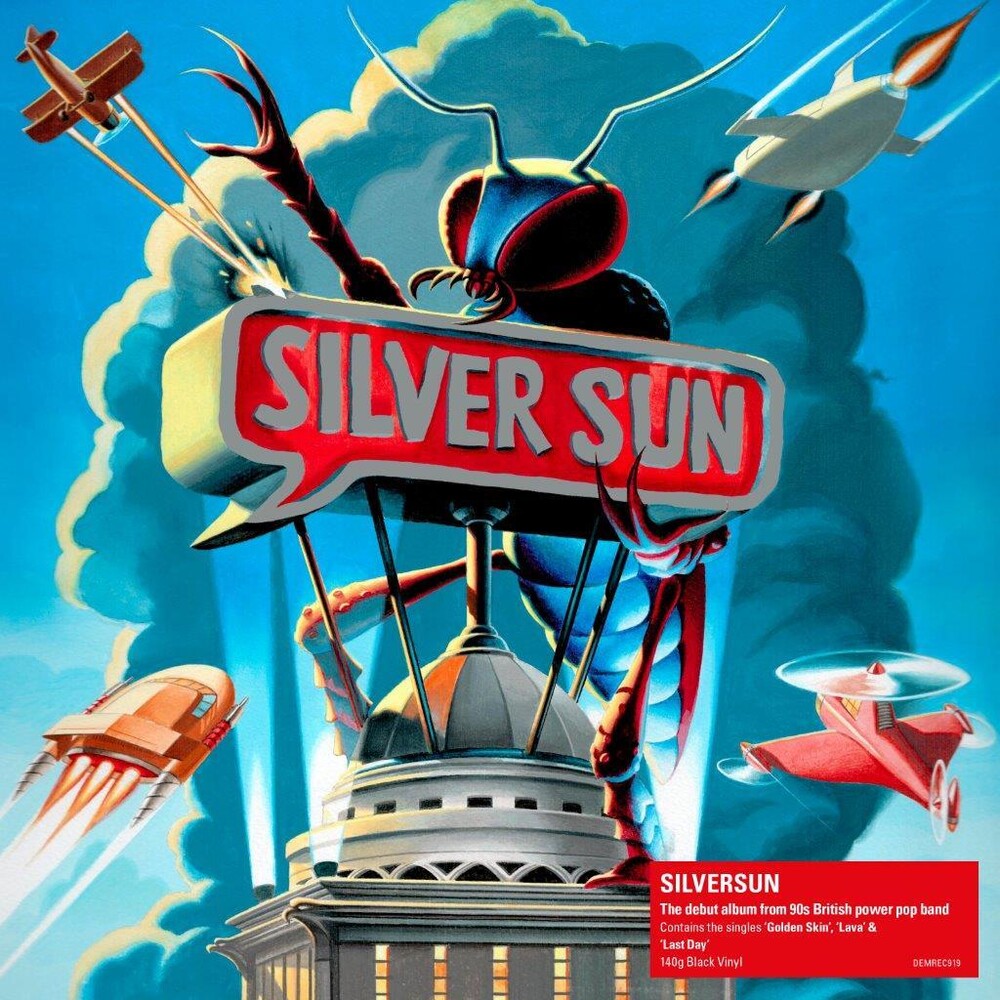 London's powerpop geeks might have only had the spotlight on them for a brief number of years, but the impact they made within that time has certainly been long lasting. Coming to prominence during the 'second wave' of the brit-pop era, their crunchy barre chords, big choruses and complex multi-layered harmonies, were perhaps more suited to the American powerpop and pop-punk scenes. Silver Sun's eponymous self-titled debut album was originally released in 1997 on Polydor Records, and along with the single Lava, are widely regarded as genre classics. Other tracks on the album such as Golden Skin, Last Day and Service all highlight the late James Board's impeccable song-writing ability and vocal performance. The album was produced a young Nigel Godrich who would go on to work with Radiohead, U2, Beck, Paul McCartney and Travis and win a Grammy in the process. The sleeve illustration is by Jeff Cummins who was responsible for all of the bands striking early sleeve designs and the reissue is pressed on 140g black vinyl with printed inner sleeves.