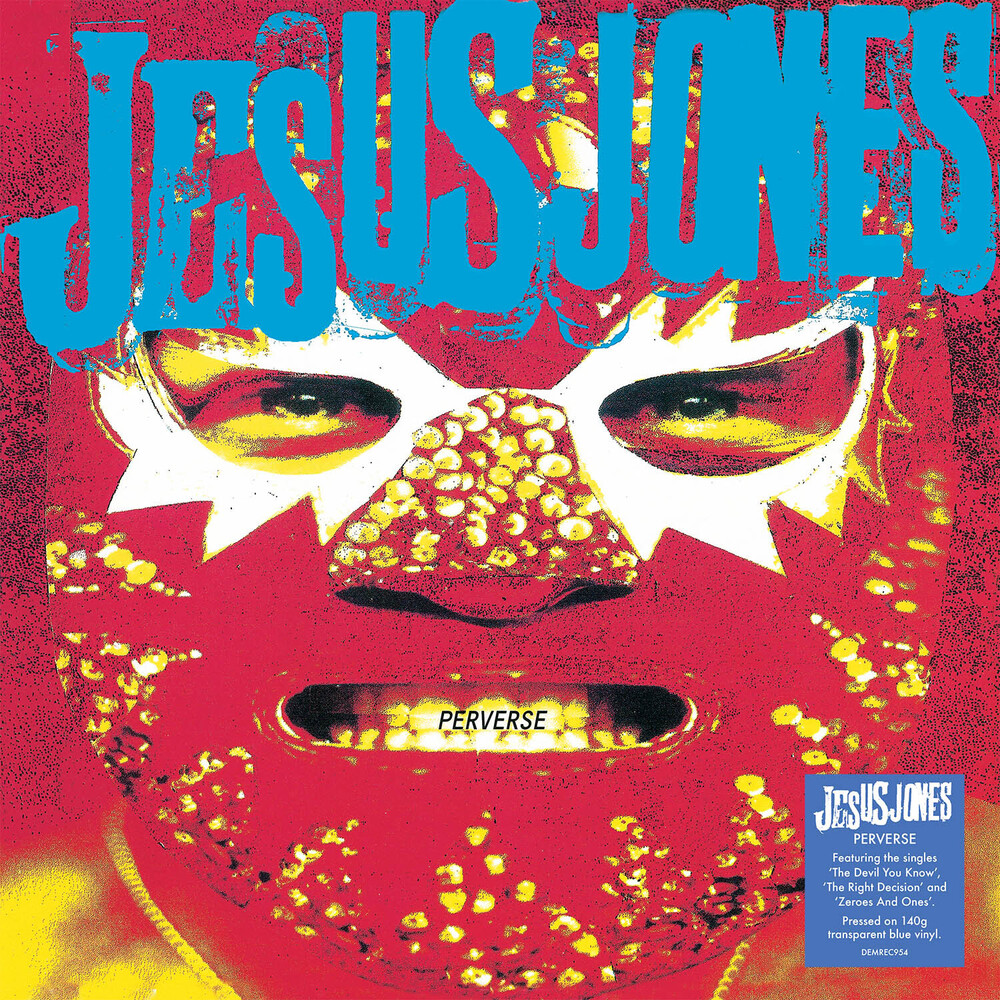 Originating from Wiltshire, Jesus Jones (Mike Edwards - guitar, vocals; Tony de Borg - guitars; Al Doughty - bass; Gen - drums; and Iain Baker - keyboards, samples) arrived on the scene in 1989 with three charting singles and a charting debut album "Liquidizer". The band followed this in 1990 with more hit singles and the album "Doubt", Gold in the UK and Platinum in the US.  Third album "Perverse" (January 1993) was preceded by the Top 10 hit "The Devil You Know", and subsequently the hits "The Right Decision" and "Zeroes And Ones". The album went to # 6 in the UK.  Here's what Iain Baker has to say about this album: "There's a pretty strong argument for saying that "Perverse" is the first real Jesus Jones album. The previous two albums always felt a little like we were working towards someone else's agenda - with "Perverse" we were finally free to make a record which was of our own choosing."  Featuring the hit singles "Zeroes And Ones", "The Right Decision" and Top 10 hit "The Devil You Know", the album is pressed on 140 gram translucent blue vinyl.