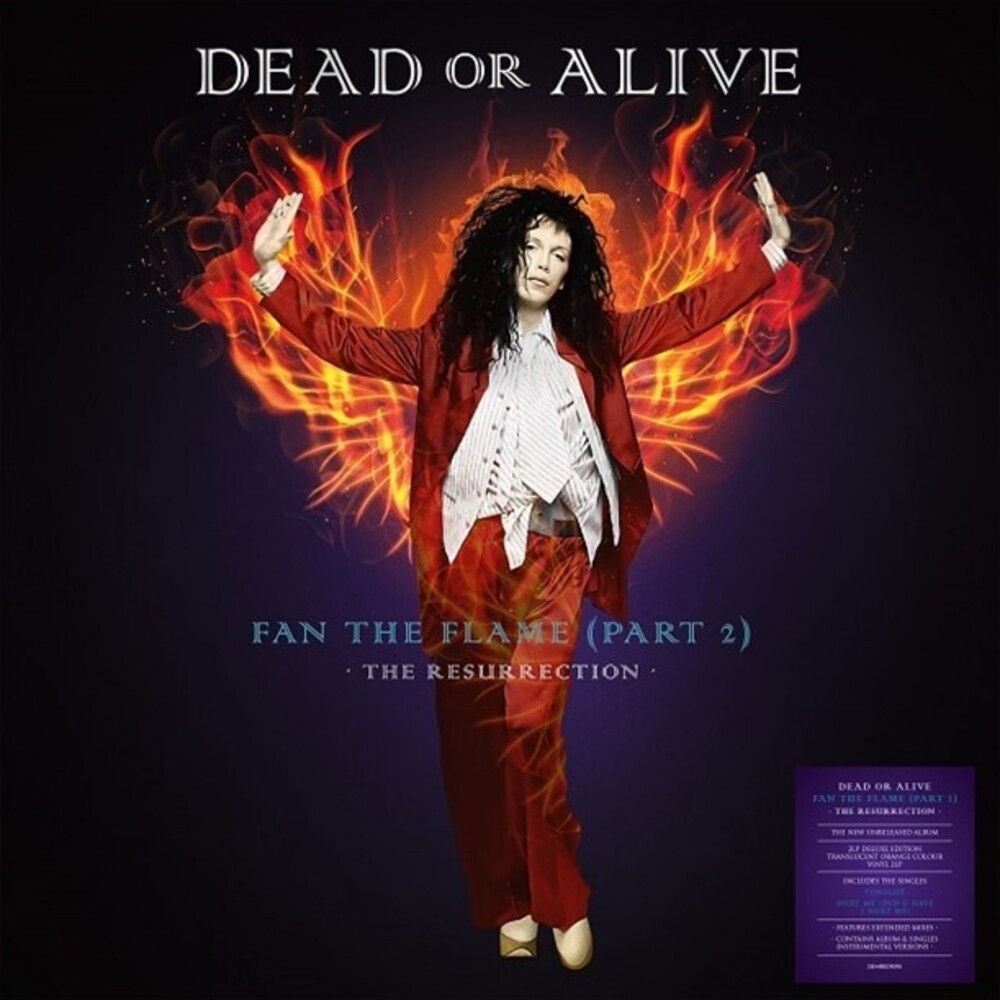 Dead or Alive have sold more than 30 million albums and 25 million singles worldwide and gave Stock Aitken Waterman their first #1 single. Their first three albums, which the band wrote, all reached the UK Top 30, with 'Youthquake' reaching the Top 10. In the 1980s, they charted seven unique singles in the UK Top 40, with two further re-entries this century, with a remix and original version of 'You Spin Me Round (Like A Record)'. Respected US magazine Billboard, ranked them in their all-time Top 100 most successful 'dance artists' chart. At the time of the release of 'SBB MMXVI' in 2016, Pete Burns and Steve Coy had indicated that they wanted to revisit an album that they had started to record in 1990. Unfortunately, tragedy struck and they didn't get the opportunity to do so. These recordings were discovered in Steve's tape archive and painstakingly pieced together; they included early versions of two later recordings that appeared on 'Nukleopatra' in 1995. 'Fan The Flame (Part 2) - The Resurrection' is the culmination of the work that Pete and Steve recorded over the next four years but which was never completed. This special 2LP Edition includes the extended versions of both singles, as well as Instrumental versions of all ten Vocal tracks. Pressed on 140g translucent orange vinyl.