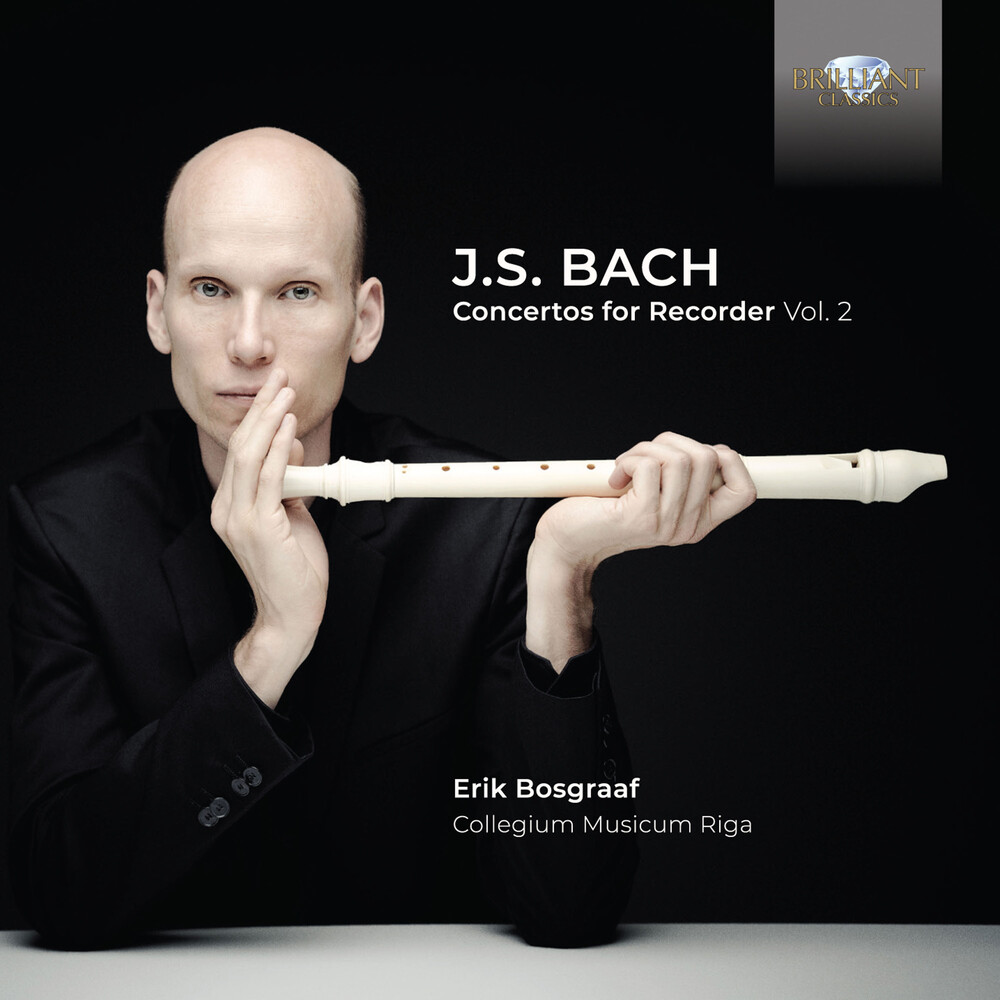 With a catalogue of acclaimed albums for Brilliant Classics stretching well into double figures, the Dutch recorder virtuoso Erik Bosgraaf goes back to Bach for his latest release, with an album of arrangements as imaginatively conceived and as stylishly executed as Volume 1 (94296), released in 2011, which won glowing reviews from the international music press. Bach wrote as inventively and idiomatically for the recorder throughout his career as he did for every other instrument at his disposal, but he left no concertos in which the instrument takes the spotlight. Thus Bosgraaf and his colleagues have attempted to answer the question, what might Bach have done, or could he have done, if he had written concertos for the recorder? They have looked for inspiration to the cantatas, and not only those where Bach composed memorable recorder parts such as the Actus Tragicus. For example, the album's opening G major concerto is compiled from a tenor aria of dazzling runs in BWV74, followed by the sorrowful opening Sinfonia of BWV12 (in which the oboe originally takes the starring role), and then another tenor aria from BWV81 which graphically illustrates the foaming waves of a stormy sea. In both aria transcriptions, Bosgraaf's recorder takes over the vocal line, and paints vivid sound pictures with his remarkable palette of tone colors. A second concerto in D major draws it's music from similar sources, followed by a Partita which the Dutch musicologist has arranged from movements of the Fifth French Suite. A further concerto is supplied by a relatively 'straight' transcription of the familiar (but sublime) A minor Concerto for violin, BWV1041.