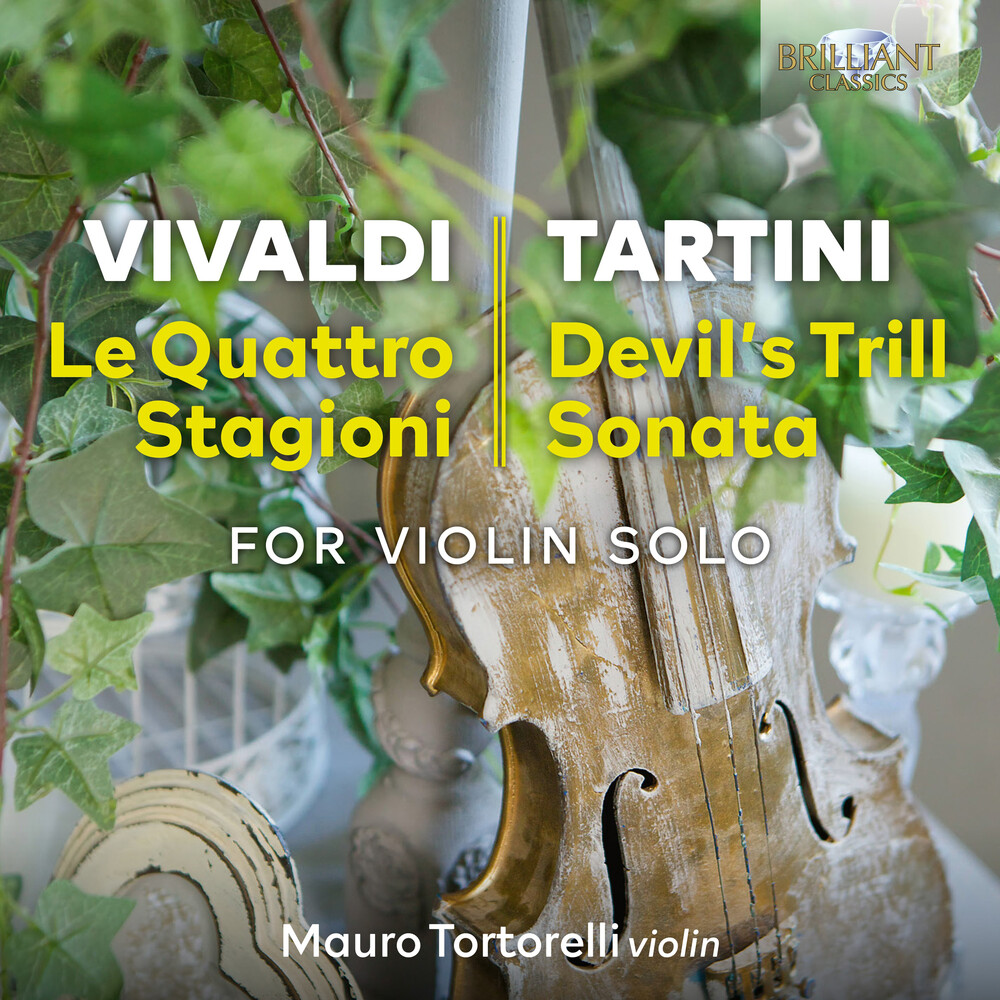 A veritable tour de force: the arrangement of Vivaldi's 4 Seasons and Tartini's Devil's Trill Sonata for violin solo! Violinist and arranger Mauro Tortorelli about this unique project: "This recording is not only a challenge in terms of performance (playing both the solo part and the orchestral part at the same time), but also in terms of arrangement. Having to simulate all the orchestral timbres, the various voices in counterpoint, the sound contrasts on only four strings of the violin was not at all easy. Paganini's ingenious technique of double trills and left-handed pizzicati (used for the second movement of L'Inverno and the second movement of L'Estate), Bartok's pizzicato (for the rifle shots in the last movement of L'Autunno) and the formidable bow technique used by Henryk Szeryng, handed down to me by his pupil Georg Monch, have certainly suggested the best instrumental solutions to obtain the clearest possible clarity of execution between the various voices of a complex piece, enabling me to overcome the obstacles that the original scores presented me with. The decision to transcribe for solo violin these two famous works was also inspired by their great melodic power. In fact, every time I studied both pieces to perform them in public in the original formation, I had the feeling that they were already functional without accompaniment. As I am not a "Baroque" violinist, I preferred to perform the pieces with current technique and interpretation, respecting as much as possible the score revised by Gian Francesco Malipiero for Antonio Vivaldi's "Four Seasons" and the manuscript score of Giuseppe Tartini's "Devil's Trill", adding my own Cadenza. " Mauro Tortorelli already successfully recorded for Brilliant Classics violin sonatas by Saint-SaÃ«ns, Scalero, Milhaud, Sevcik/Auer and Castelnuovo-Tedesco.