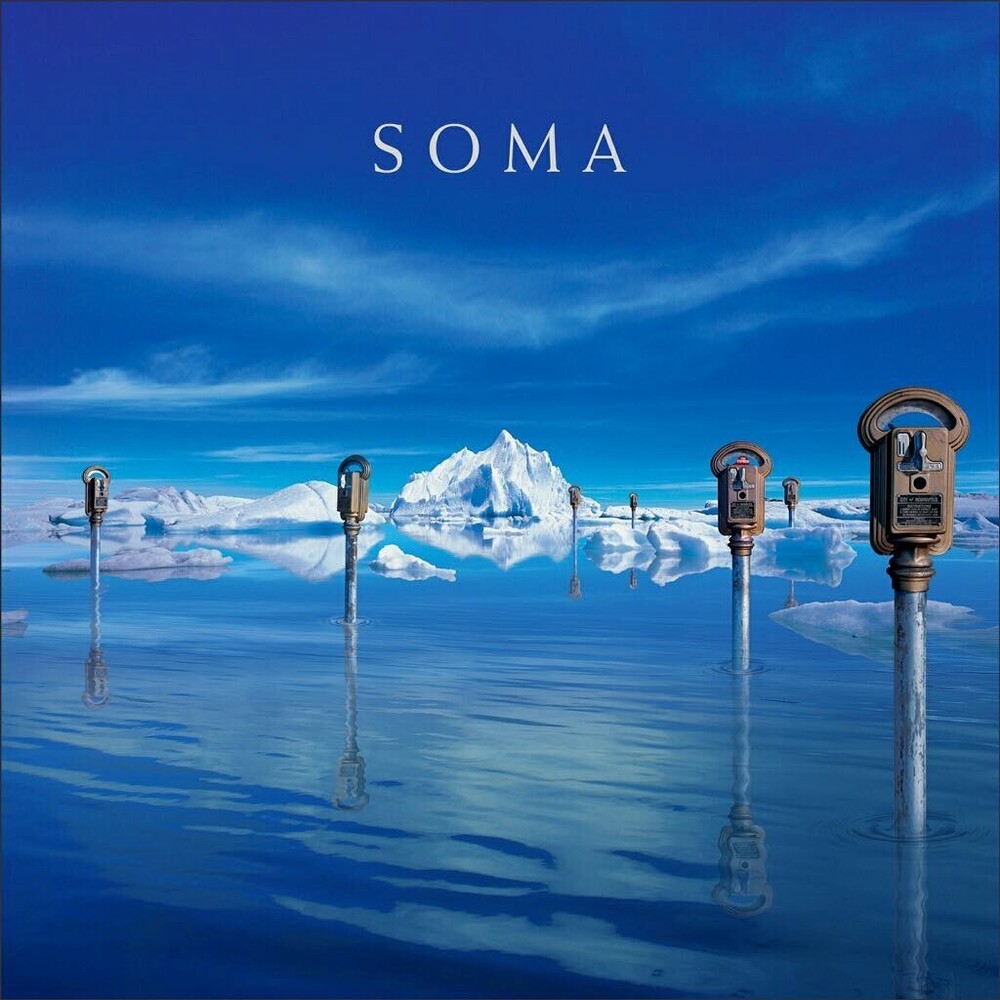 Soma started out as the brain child of Ed Collins, a multi-instrumental musical machine. Being an undeniable world class drummer, Ed also stands beside the best as a lead vocalist and song writer! Back in the early 1990's, Ed was managed by his uncle Al. Al was determined to find opportunities needed for Ed's success in the music industry. At the time, Ed was living in a small Midwestern town and found it difficult finding anyone he could work with at a high musical level. Luckily, Uncle Al found himself in touch with music industry giant and producer of the Motown Classic "Midnight Train To Georgia" Tony Camillo! Tony had a studio in Hillsborough NJ and his head Engineer happened to be Stephen DeAcutis, a world class guitar player and songwriter himself! Tony suggested to Al that they pair up Ed and Stephen to see if there might be some chemistry. Ed made the trip to NJ to meet up with DeAcutis and they immediately connected on a personal and musical level. DeAcutis was a perfect fit for Ed's challenging and progressive musical ideas. The two recorded in NJ with bassist Dan Holeva and the album HUNG was born! Ed ultimately returned home to Indianapolis where he met up with what would become the Lennon to his McCartney, Guitarist/Singer/Writer Doug Henthorn. These two started writing and harmonizing together in a way you don't often hear. Their voices blended together perfectly. This was the magical union! Ed and Doug would continue to write and perform together in the Midwest and amassed the songs that eventually became the record "Headed For The Zero's" There was one show in particular that would require them to travel from Indy to Connecticut in the snow to open for national act Cinderella. Being that it was a long drive and the weather was bad the guys were reluctant, but Uncle Al insisted! As fate would have it, that show would lead to Eric the bass player from Cinderella passing along the CD Hung to industry A&R giant John Kalodner. Kalodner instantly fell in love with the record and insisted on seeing the band live! After lining up an opener in Indy for the band Tesla, Kalodner heard one song and was sold. He wanted to take the band on and make a record! At that point bassist Mark Mathews was brought in and once things were solidified, Ed brought DeAcutis back into the fold and told him to head west! DeAcutis packed his Chevy to the gills, and with a 4X12 in the back seat he drove directly to Indianapolis to start rehearsing for the record! Stevie D would be the glue contributing the final touches to the Soma sound! The band ultimately recorded "Headed For The Zero's" with Kalodner bringing in producer Kevin "Caveman" Shirley. Rumbo Recorders in LA was the studio chosen, home of "Appetite For Destruction". "Headed for the Zeros" was tracked and finished by spring of '96. Unfortunately, the record was never released and has been patiently waiting for an opportunity to see the light of day. Luckily, Khalil Turk has graciously decided to give it the release it deserves on Escape Music Ltd along with it's original artwork by Hugh Syme (Rush, Aerosmith). Finally, the world will have the opportunity to enjoy and experience this rock masterpiece!