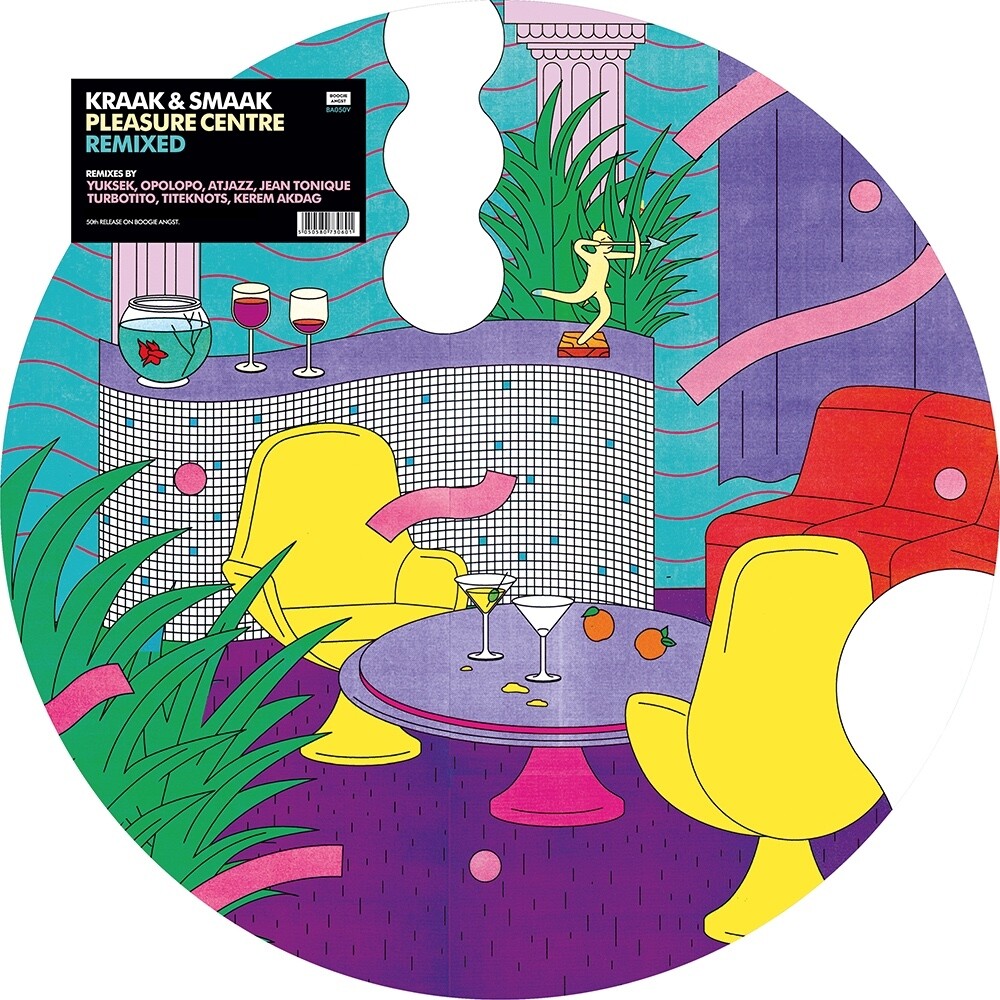 Boogie Angst celebrate a milestone in their evolution with a stunning picture disc release of 'Pleasure Centre Remixed' to mark their 50th release.Â  The Dutch label was set up by electronic funk impresarios Kraak & Smaak, in order to release their own new material, as well as the best in the new wave of electronica, beats and boogie. Boogie Angst hit big early on with the multi-million streaming artist Moods and found further success with other cool acts such as Vhyce, Saux, Meeka Kates and Secret Rendezvous.Â  In October 2019, the label released it's first Kraak & Smaak album, 'Pleasure Centre'. Electronic music luminaries, such as Yuksek, Opolopo, Jean Tonique, Titeknots and Atjazz to name a few, stepped forward with a keen interest in getting involved in the project, all turning in some of their finest remix work. Â  The 'Pleasure Centre Remixed' phase of the K&S album came into fruition and this marvellous picture disc to honour the label milestone was born.