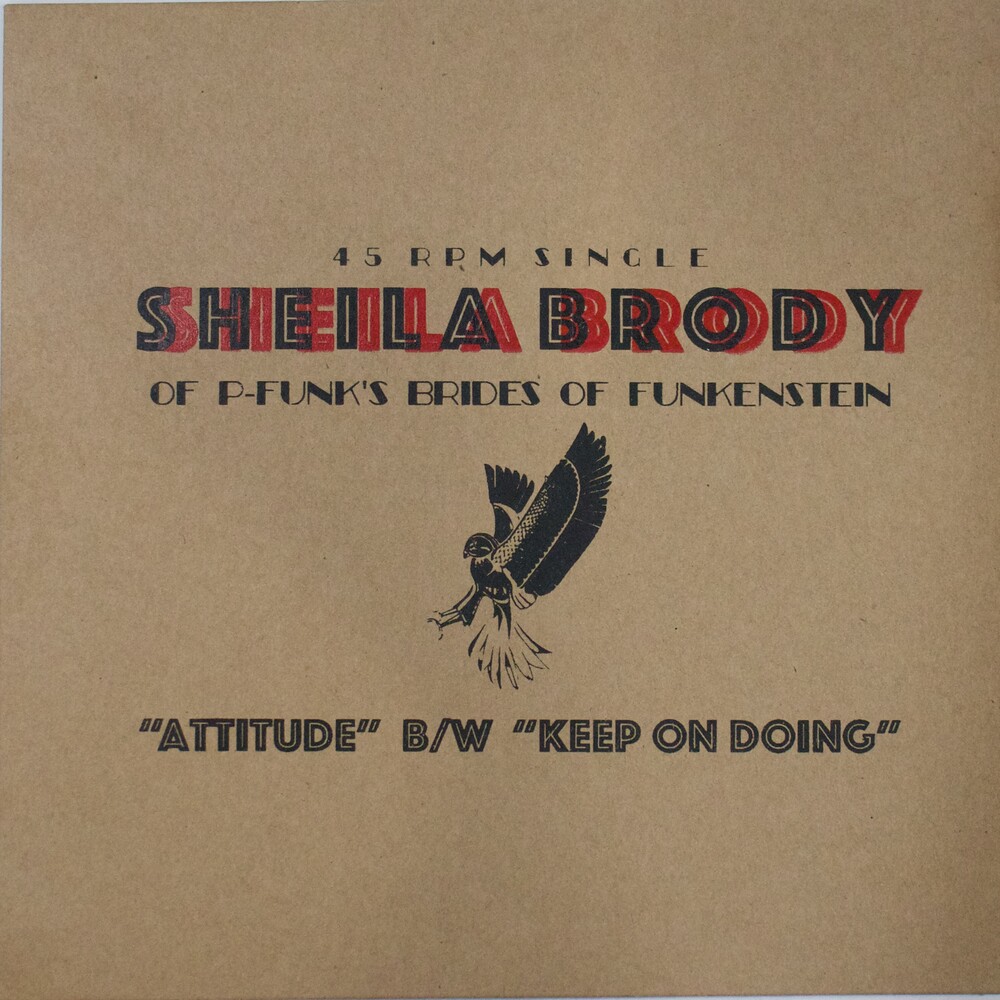 Sheila was reborn in Detroit as one of George Clinton's fiercely funky Brides of Funkenstein. More than simple sex appeal and sass, Sheila sang on the seminal Never Buy Texas from a Cowboy as well as P-Funk hits like "Atomic Dog," making a name for herself alongside P-Funk collective greats. After this mothership connection, Sheila toured with Rick James in 1981 as an original Mary Jane Girl, wrote for Clinton's solo records in the mid '80s and even made a soul connection with Bruce Willis - who inspired the singer to do her own thing. She then departed the P-Funk stratosphere for another planetary dimension, recording with Aurra, Civil Attack and Public Enemy. This limited pressing of 300 copies of "Attitude" and "Keep On Doing" presents Sheila doing what she does best raw funk and sweet soul.