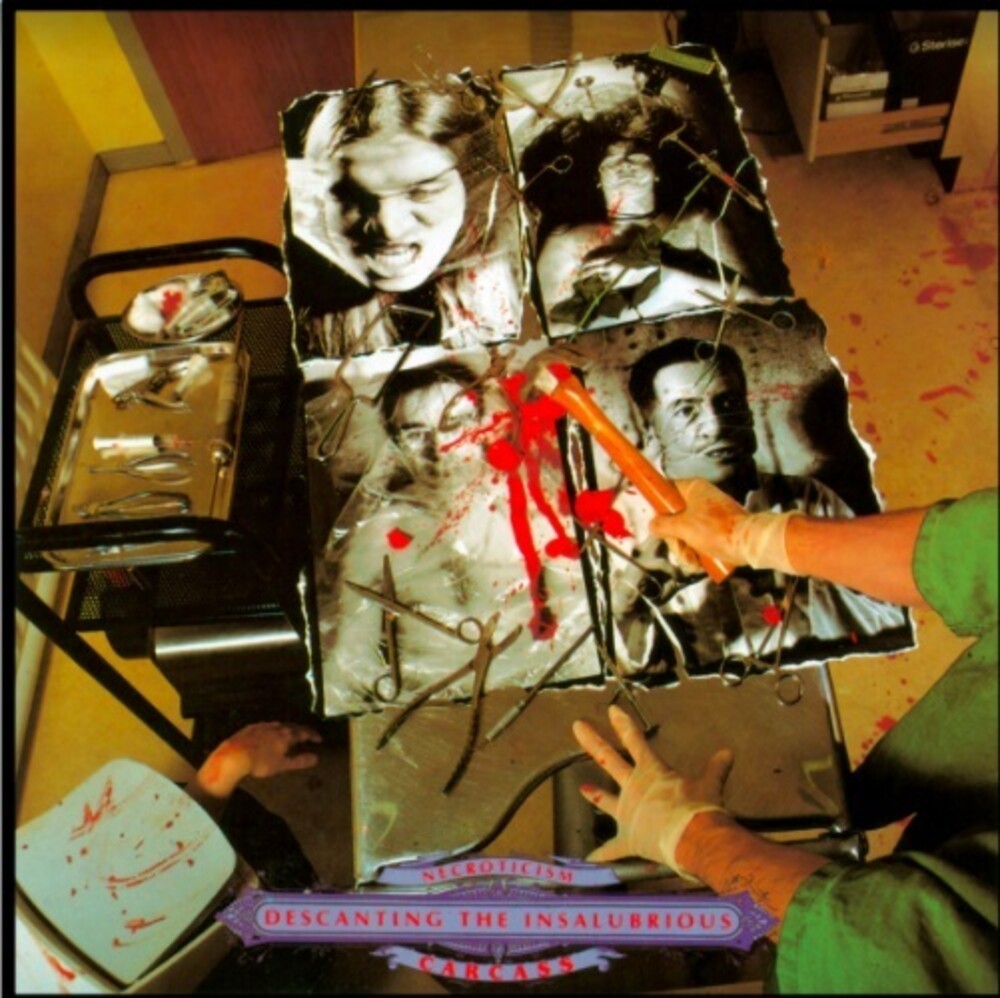 Liverpool's legendary Death Metal pioneers Carcass (who still tour extensively to this day) are often credited with shaping the entire death metal genre. Pushing boundaries with their shocking imagery whilst evolving and innovating with each new album. "Necroticism - Descanting The Insalubrious" is Carcass' third studio album and the first featuring guitarist Michael Amott. The album was well received by press and fans upon it's original release in 1991 and was ranked in Rock Hard magazine's Top Rock/Metal Albums of all time.