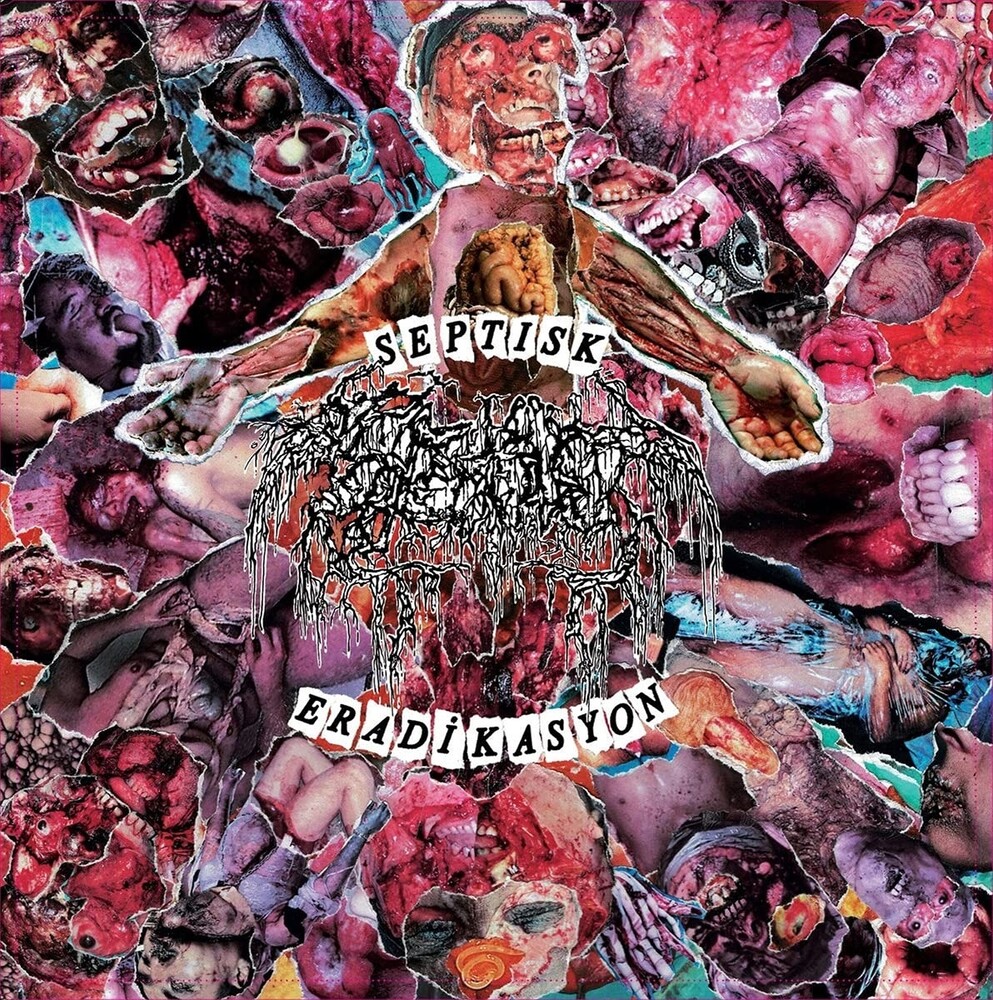 SEPTAGE burst forth from the filthiest sewers of current death metal hotbed Copenhagen. Featuring members of Taphos and Hyperdontia, SEPTAGE instead dwelled deeply within sewage and gore on their aptly titled Septic Decadence debut, exhibiting a sound that reverentially nods to early Carcass as well as the contemporaneous Finnish death metal scene such records as Reek of Putrefaction and especially Symphonies of Sickness so inspired. Proving that EP was no fluke, SEPTAGE arrive less than a year later with yet another quick-hitting slab of exquisite putrefaction, Septisk Eradikasyon. While by no means merely repeating themselves, the power-trio here prop up the same sickly sound of that celebrated predecessor - slime and grime doled out with shockingly clear-headed execution, allowing the content to drench the listener in physical/metaphysical grossness rather than simply the form alone. Lumber under no assumption, however, that there's anything remotely "clean" about SEPTAGE in general and Septisk Eradikayson in particular; if anything, the band's more berserk in that execution here, allowing red-eyed chaos to enter into the filthy fray. Likewise, one could nearly qualify these four knife-cuts as "catchy," but perhaps that's down to SEPTAGE's sharpened songwriting chops, where riffs are flowing freely and it all just sounds so effortless. And once again, this shock & awe attack's over and done with in a mere 12 minutes