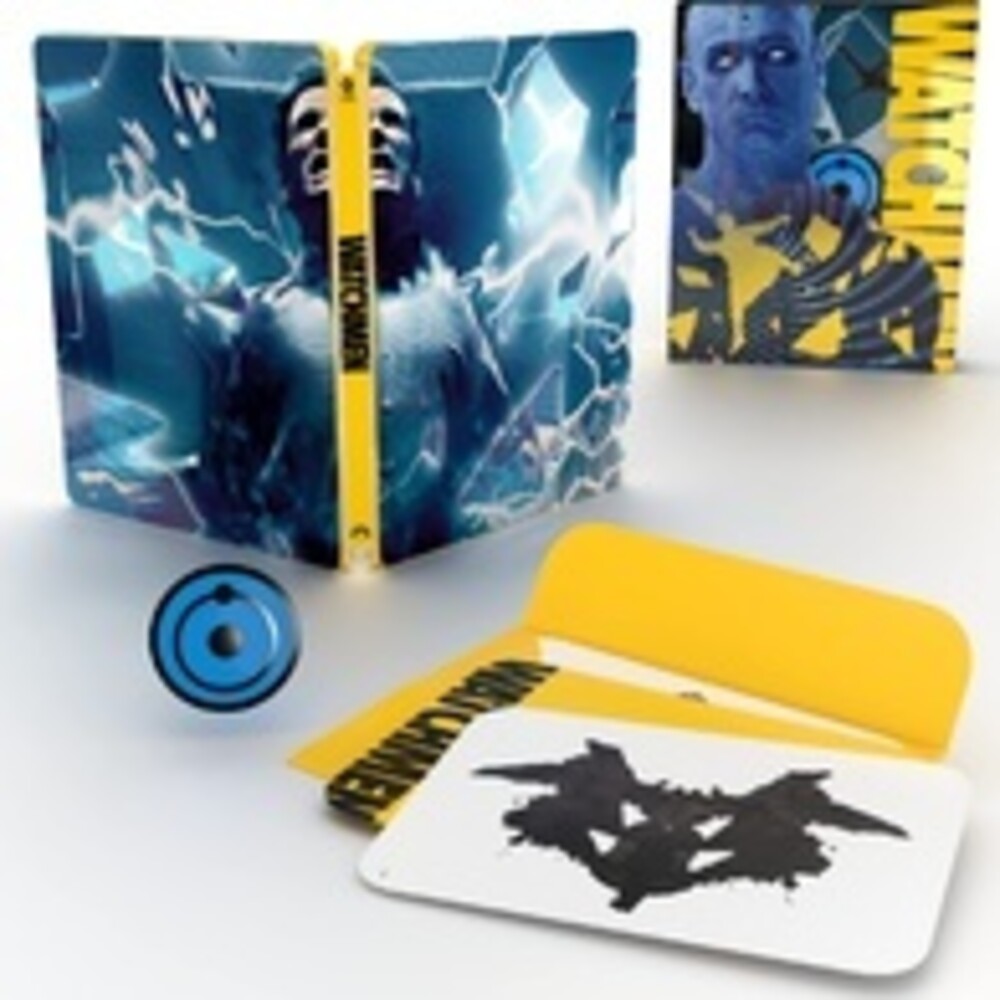 See Watchmen: The Ultimate Cut like never before in this exquisitely remastered version that intertwines the animated "Tales of the Black Freighter" into The Director's Cut of Watchmen. Limited Steelbook includes All-Region UHD & Blu-ray of the 'Ultimate Cut' plus an additional Blu-ray of Special Features, a Dr. Manhattan Enamel Pin & 3 Rorschach Test Cards. The year is 1985, and society's most famous superheroes are in danger. After the mysterious murder of Comedian, his former colleagues team up for the first time in years to investigate - and survive. The secrets they uncover could jeopardise the entire world, but can they save us if they can't save themselves? Dive into this acclaimed, thrilling adaptation of the graphic novel that forever changed how we look at heroes.