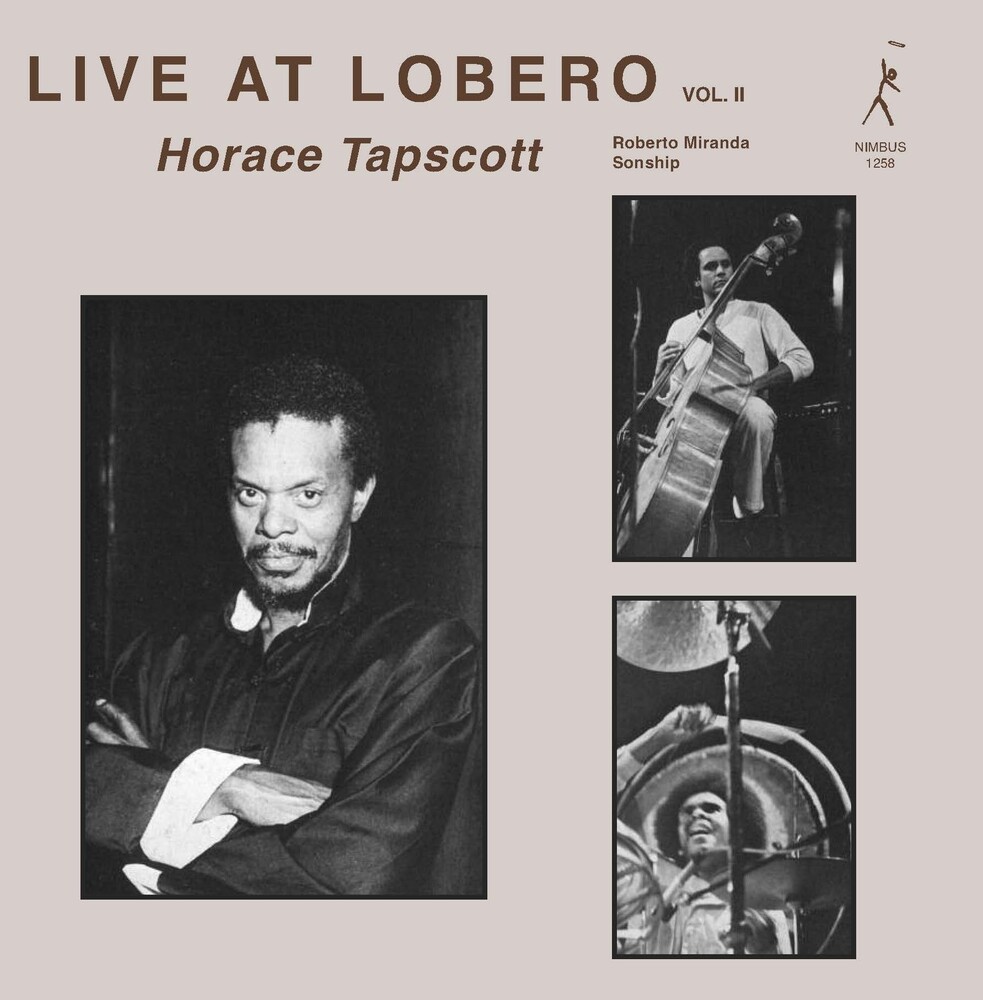 This is a reissue of a now out-of-print album from live trio date by the legendary LA-based pianist, composer and multi-bandleader, Horace Tapscott. Pianist Horace Tapscott is always at his best when he is leading a trio. Born in 1934 in Houston, Texas, Horace came from a musical family centered around his mother, Mary Malone Tapscott, who worked professionally as a singer and pianist. When Horace was nine, the family moved to Los Angeles. As a teenager in the late 1940's, Horace was surrounded by the music of Central Avenue: Art Tatum, Charlie Parker, Coleman Hawkins, Dexter Gordon, were among the many cats on the set. Around this time, Horace also began to take music lessons from teachers Dr. Samuel R. Browne and Lloyd Reese, whose other students included Eric Dolphy and Frank Morgan. Horace's musical studies included trombone in addition to piano.Review courtesy of Mark Jones/UK Vibe:Horace Tapscott's Live At Lobero vol 2 features three more tracks captured in front of a Santa Barbara audience one memorable November evening in California, 1981. It's another historic documentation of an important musician and his movement that gave so much to the jazz world and the L.A community. This 2nd session also features a trio line, with Sonship Theus on drums & percussion, Roberto Miguel Miranda on bass and percussion, and of course lead composer Horace Tapscott on piano. The album was recorded by Dennis Moody and the album was produced by Nimbus West founder Tom Albach. Thankfully the Nimbus West team saw fit in setting up mobile recording devices for many of the important live dates that featured Horace Tapscott and company. This album is one of those special outings with the usual magic and deep intrinsic quality that is forever searching and curious.On the opening track 'Lino's Pad', the weighted bass of Roberto Miranda is accentuated by the flourishes and percussive statements of pianist Horace Tapscott. The memorable composition is 13 minutes long which allows for the trio's expressive sound to gradually unfold. The inventiveness and bold notes from Horace Tapscott seem to bounce off the deep rumbling reflective tone of Roberto Miguel Miranda's bass, who adds a special solo that is dynamic and angular with a style that is pronounced and emotive.'Close To Freedom' is a homage to early Afro-American composers who may have evaded public awareness due to the political and social demands of their time. The swinging traditional number is a composition that seems straight ahead but, as with many of the Horace Tapscott interpretations, a special stamp of creativity is added, lifting the track into a timeless dimension with the spontaneous touches that are always inventive and never predictable. It's the shortest track of the three, with 8 minutes of sound enveloping the audience with a more uptempo feel.The final track of the three is written by bassist Roberto Miguel Miranda and starts with the gongs, handheld percussion, Miguel's deep rumbling bass and the inquisitive sporadic piano notes from Horace Tapscott prodding and poking their way into the main theme of the track with a sensitivity and curious edge. The sudden tempo changes and layering bring a welcome intensity and release. The track is 22 minutes long which brings the freedom and openness to the composition with ample room for some fine solos from each of the players. Horace Tapscott's sound within his solo part is large, bold and full of expressive tones and shapes that fills the room. His contrast to the deep bass of Roberto Miguel Miranda feel like sparks of light jumping from a frenetic bass drum.This is one of those memorable albums that carries many layers of sound and authenticity that surrounded the community-based Nimbus West label and the artists involved alongside Horace Tapscott and founder Tom Albach.