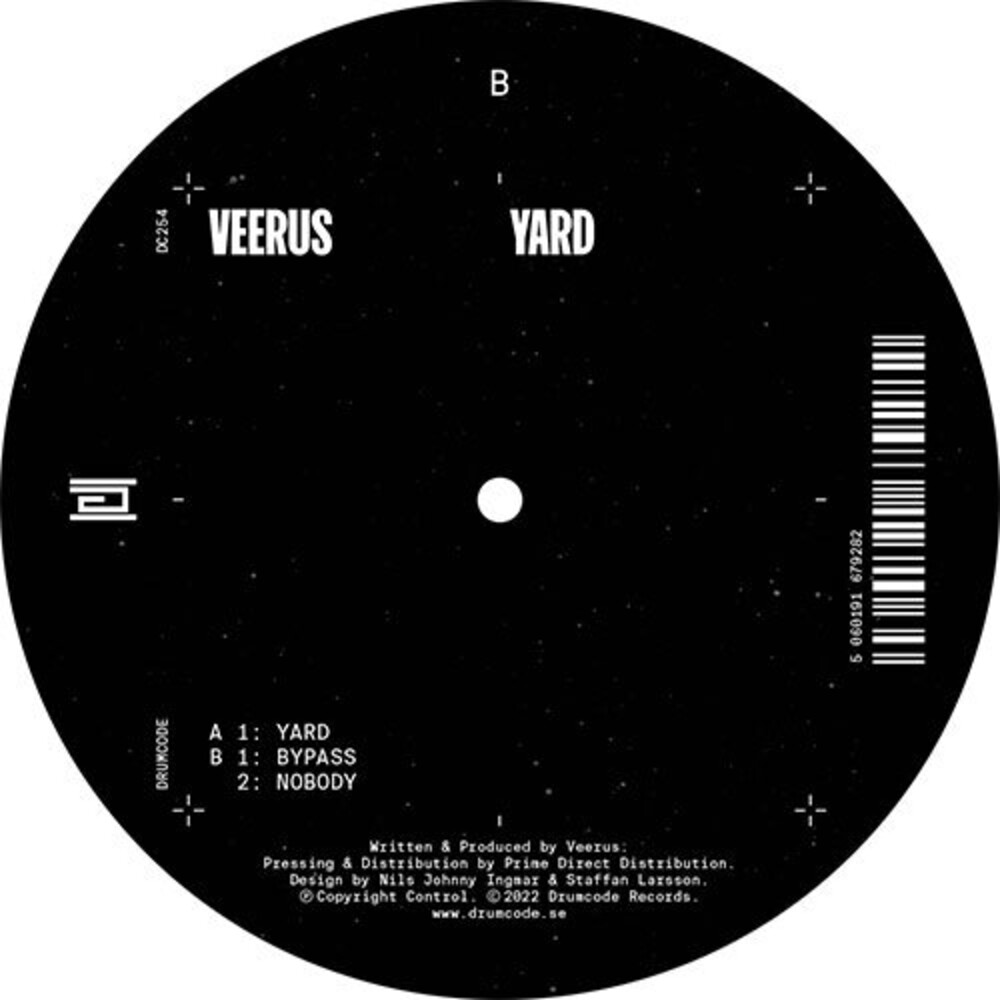 Veerus has been one of Drumcode's most consistently outstanding contributors since his debut in 2019 with the 'Hypnosis' EP. The Italian makes dramatic techno with a strong narrative arc and his tracks have been favorites of Adam Beyer's used with thrilling effect from Awakenings to Cercle.'Yard' marks his fourth DC EP and continues his graft in the studio, refining his sound and technical approach to share his most heartfelt work to date. The title track was a stirring weapon when played by Beyer at the Printworks show in October and centers around an enveloping bassline, powerful chords and atmosphere-building pads. 'Bypass' is a laser-kissed gem that had fists going skywards during Beyer's Awakening set at ADE week. 'Nobody' is Veerus at his most creative and playful; this is just as much a grandiose composition as an effective dance track and inspired a collective roar of approval when played at Creamfields set this summer.