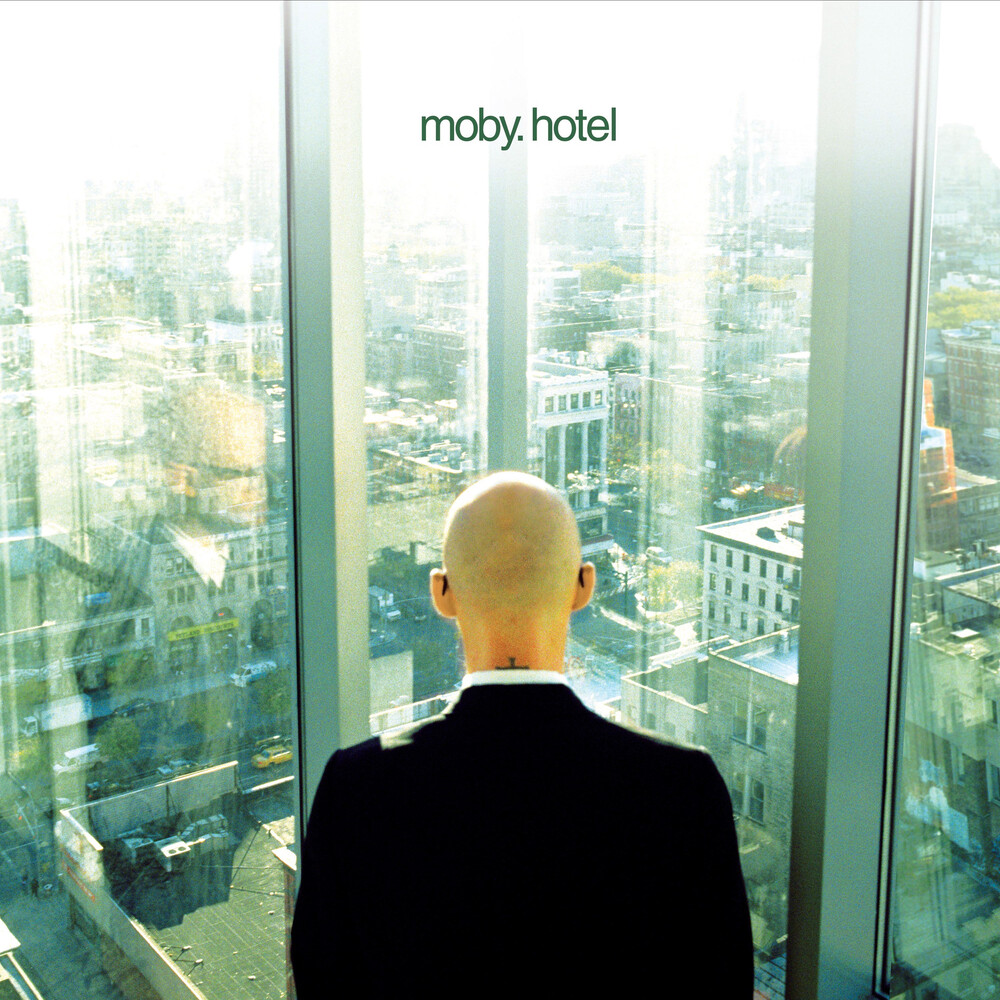 Vinyl LP pressing. Hotel is the seventh studio album by electronica musician, singer, songwriter, and producer Moby, originally released in 2005. The album marked a stylistic shift from electronic and dance-oriented music towards alternative rock and Moby's decision not to use vocal sampling for the first time since his 1993 album Ambient.