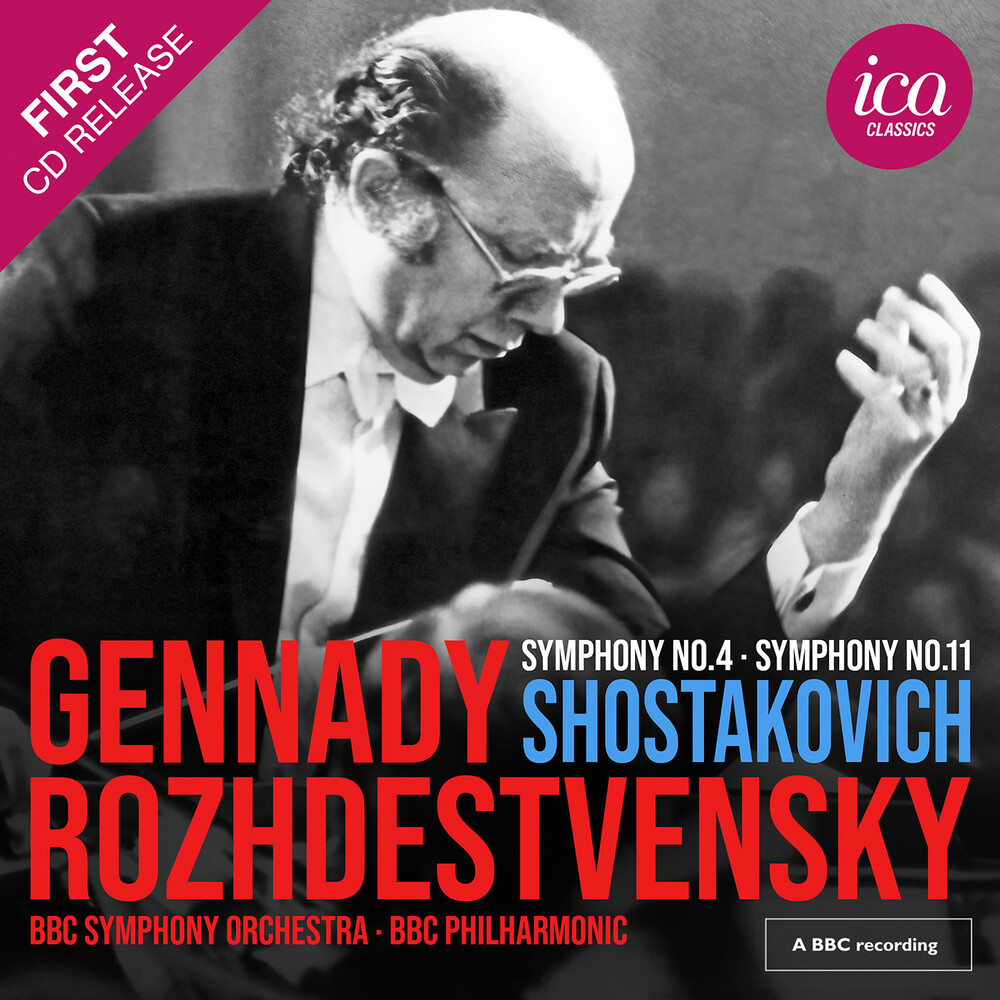 Gennady Rozhdestvensky (1931-2018) was one of Russia's greatest conductors along with Evgeny Mravinsky and Kirill Kondrashin. His close personal and musical relationship with Shostakovich began in the 1950s and continued until the composer's death in 1975. Rozhdestvensky said at the time, 'It would be difficult to overestimate the significance of my relations with Dmitri Shostakovich since he opened before me a musical universe like a gigantic magnifying glass reflecting our fragile world'. Rozhdestvensky conducted the first western premiere of Shostakovich's Symphony No.4 in Edinburgh in 1962 and after many subsequent performances internationally, it was also the inaugural piece in his tenure as chief conductor of the BBC Symphony Orchestra (1979-81). Composed in 1936 but condemned by the Soviet authorities, it did not receive it's first performance until 1961 in Moscow. The epic Symphony No.11, given a dramatic performance by the BBC Philharmonic in 1997, is based on revolutionary folksongs relating to the 1905 Russian Revolution, and received the Lenin Prize in 1958. Despite this, questions arose as to whether Shostakovich was denouncing the Soviet regime's brutal treatment of it's opponents in it, specifically the 1956 invasion of Hungary or the Tsarist tyranny and oppression of 1905, to which there are no conclusive answers.