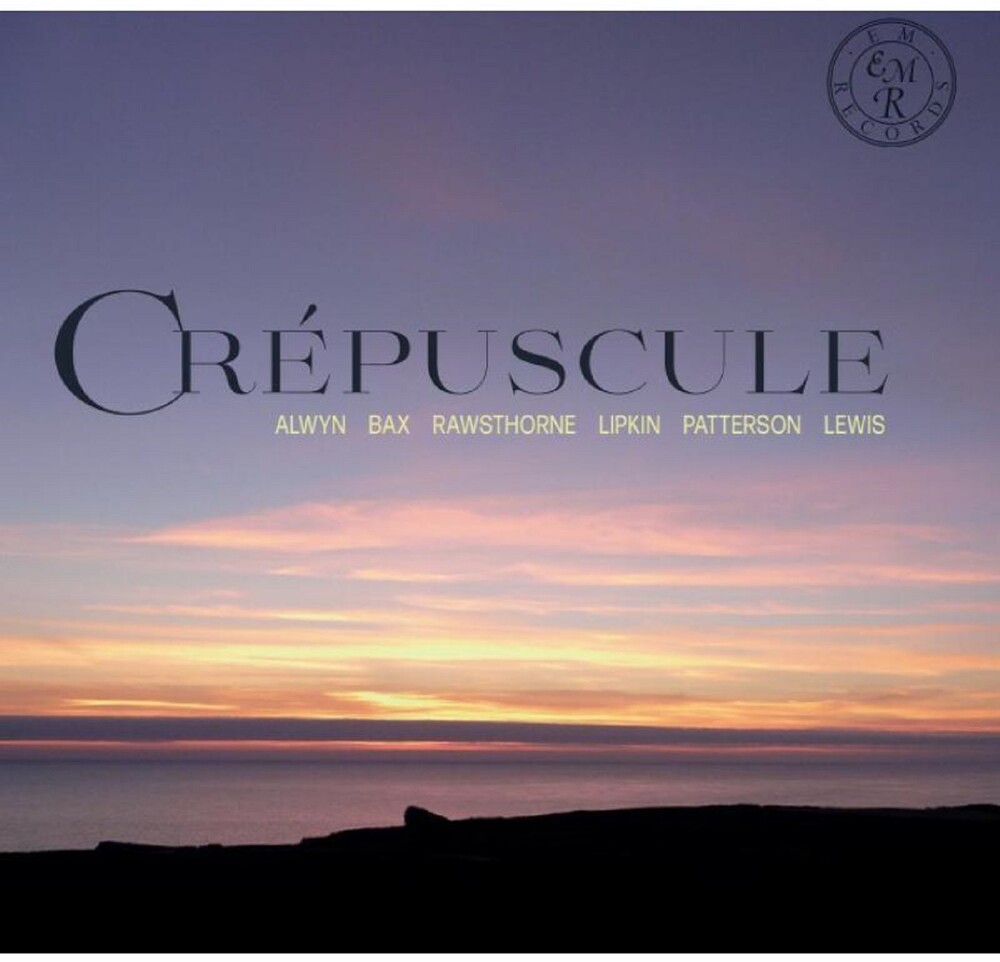 EM Records's latest release, Crepuscule, (EMRCD069) is the debut disc from the young, dynamic and award-winning Aurora Trio. This feast of exciting and characterful English music for flute, viola and harp includes five world premiere recordings, alongside established masterworks such as Arnold Bax's Elegiac Trio and William Alwyn's Naiades. The disc opens with Bax's Elegiac Trio, one of the first works to be composed for flute, viola and harp. The trio was written in memory of friends of the composer who died in the Easter Uprising in Ireland in 1916. The music does not describe the events of the uprising; rather, it is an elegy to those who died, hence the title of this beautiful, single movement work. This is followed by William Alwyn's Naiades for flute and harp. The title refers to the water-nymphs of Greek mythology, and the writing is highly evocative of this fantasy water-world. Both Naiades and the next work, Rawsthorne's trio for flute, viola and harp, were written for flautist Christopher Hyde-Smith and harpist Marisa Robles. Rawsthorne's Suite comprises three diverse movements, two of which are dances; a fleeting, twentieth-century homage to suites of the Baroque era. William Alwyn's Crepuscule for solo harp gives the disc it's title, and is the first world premiere recording to be featured. This short atmospheric piece for solo harp was composed in November 1955 in response to a request from the BBC for a broadcast on Christmas Eve that year, and features gloriously idiomatic and beautiful writing for the harp. The third Alwyn work featured is Two Folk Songs, originally composed for cello and piano; this is the premiere recording of the arrangement for viola and harp. The last three works are also premiere recordings, this time by contemporary composers. Malcolm Lipkin's Trio for flute, viola and harp comprises three varied movements, entitled Variations, Intermezzo and Finale. Paul Patterson's Canonic Lullaby is the second item on the disc for flute and harp duo. Emma Halnan and Heather Wrighton, who perform on this disc, also gave the UK premiere of this lyrical work in 2017. The final work is Paul Lewis's Divertimento, composed in Spring 1992 during a fortnight's holiday in the little French village of BazÃ´ches-sur-le-Betz. It's three movements are entitled March, Love Song and Waltz. It is an absolute delight from beginning to end; true musical escapism. The Aurora Trio comprises flautist Emma Halnan, violist Jordan Sian and harpist Heather Wrighton. They have been performing together widely across the UK since the trio's formation in 2012; recent engagements include recitals at Deal Festival, Dean and Chadlington Summer Music Festival and Hampton Court Palace. From 2014-16, the trio held a prestigious chamber music fellowship at the Royal Academy of Music