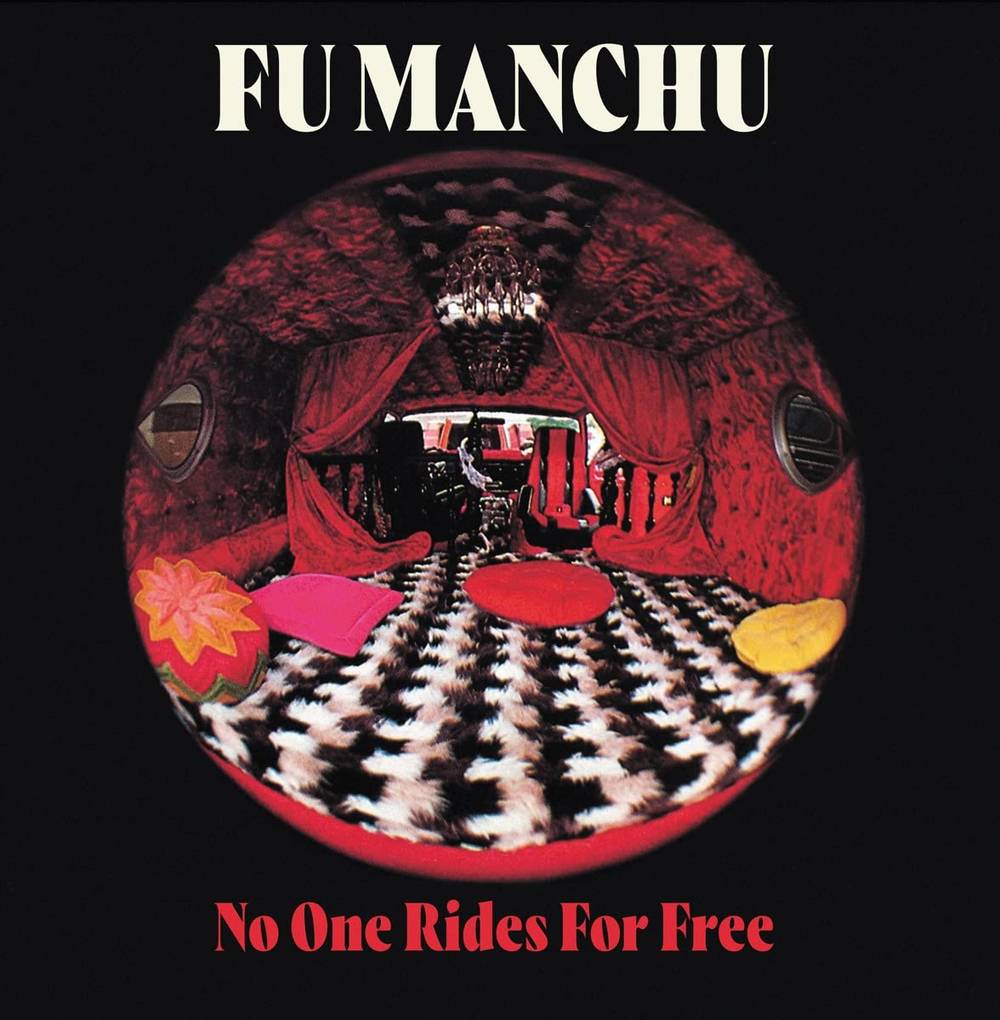 No One Rides For Free
Artist: Fu Manchu
Format: CD

The fourth release in Fu Manchus 30th Anniversary vinyl reissue series, No One Rides For Free, is a new vinyl specific remaster of the bands debut album. These songs are the only recordings of the bands  line-up of  Scott Hill (vocals/guitar), Mark Abshire (bass), Eddie Glass (guitar)  and Ruben Romano (drums). The 8 song collection was recorded on April 16 and 17, 1993 at Sandbox Studios in LA, produced by the band along with Brant Bjork. This reissue was remastered by Carl Saff for optimum fidelity. This limited edition 2,000 unit LP run is pressed on red vinyl with white splatter and the newly designed gatefold package includes never before seen photos of the band and flyers from the shows of the era. The limited edition 1,000 unit CD run also features the updated art and a digital specific remaster.