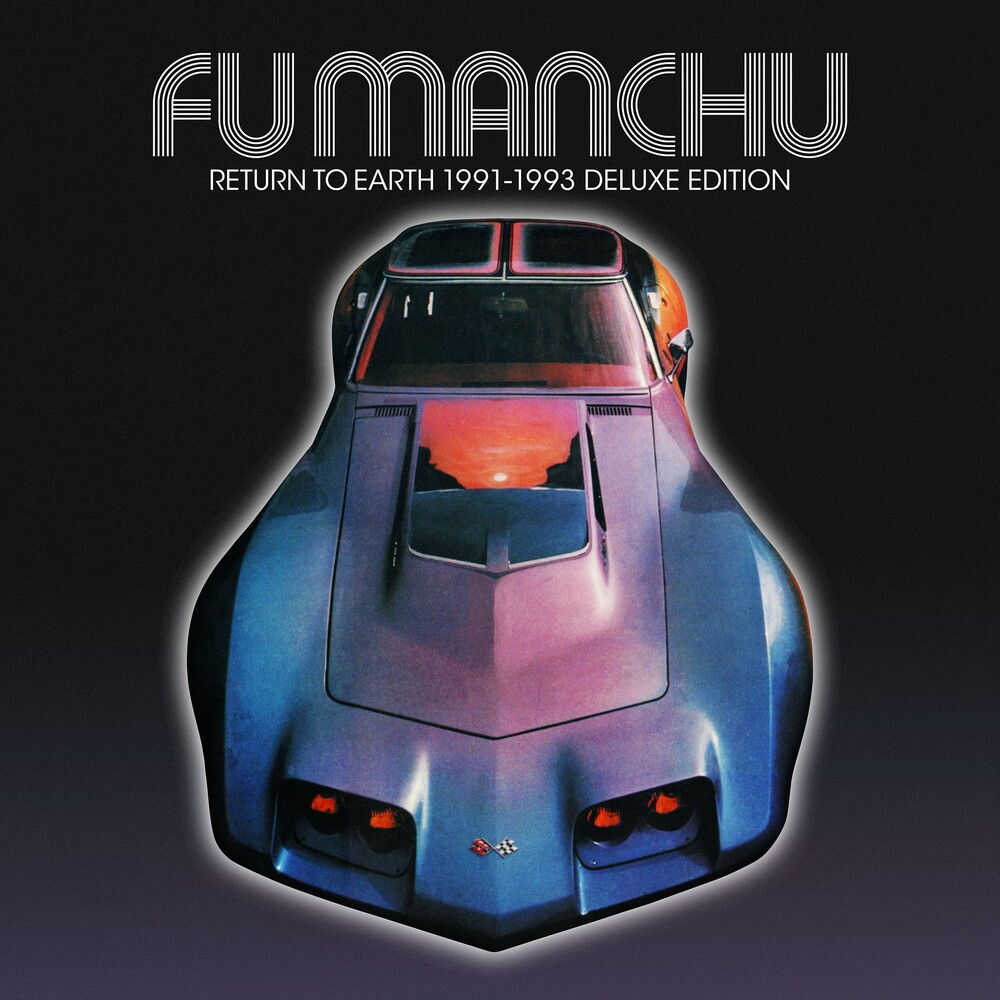 The third release in Fu Manchu's 30th Anniversary vinyl reissue series, Return To Earth 91-93 Deluxe Edition, is the first ever update to this legendary compilation of the band's earliest singles. These songs are the only ones recorded with the band's original lead guitarist, Scott Votaw, as well as the only ones recorded as a three piece of the original core line-up of Scott Hill (vocals/guitar), Mark Abshire (bass) and Ruben Romano (drums). Return To Earth 91-93 Deluxe Edition features the 9 songs from the original release including the first version of fan favorite, "Ojo Rojo," plus 2 newly discovered tracks that have never been heard before: "Ford-Natic" and an early version of "Shine It On," which was later re-recorded for their debut album. All songs were remixed by Scott Hill along with the band's current producing partner, Jim Monroe (Adolescents, Channel 3, Ignite) and remastered by Carl Saff for optimum fidelity. This limited edition 2,000 unit LP run is pressed on neon purple vinyl and the newly designed gatefold package includes never before seen photos of the band and flyers from their early shows.