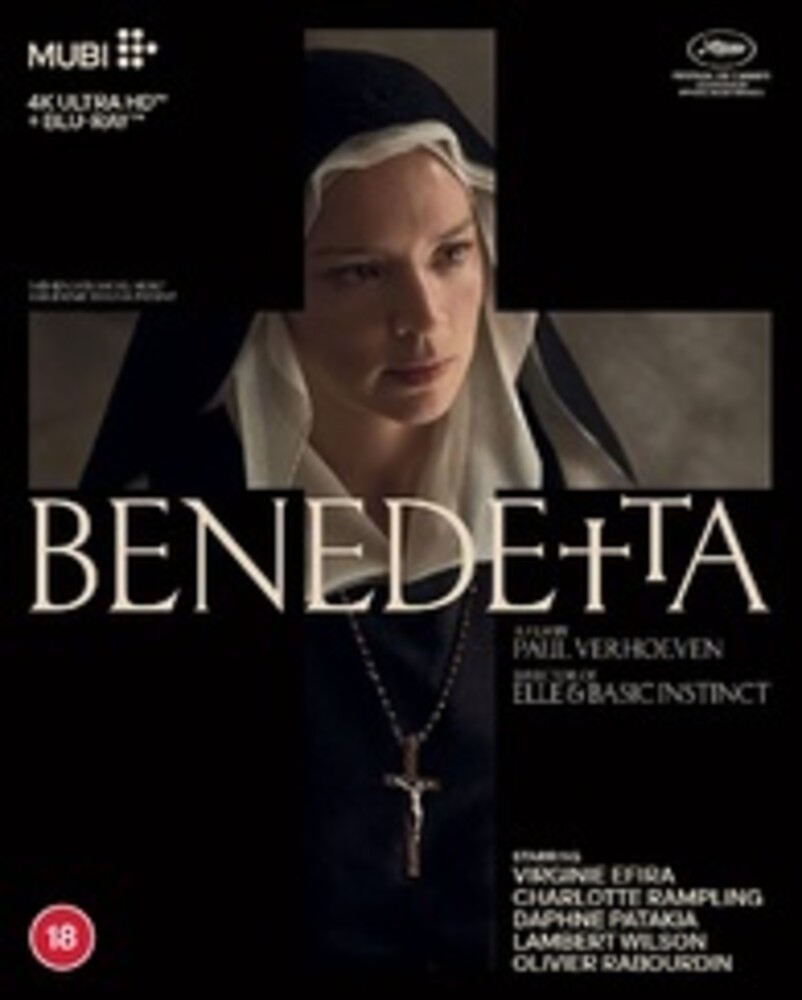 From renowned provocateur Paul Verhoeven (Elle, Basic Instinct), BENEDETTA is a subversive erotic drama based on the true story of a 17th century nun entangled in a forbidden lesbian affair. Virginie Efira stars as the titular Benedetta, a nun whose religious fervor begins to manifest in increasingly sensual and violent visions of Jesus. These hallucinations arouse the suspicions of Charlotte Rampling's shrewd abbess, Sister Felicita, whose distrust grows when a farm girl called Bartolomea (DaphnÃ© Patakia) enters the convent seeking refuge, and quickly develops an attraction to Benedetta. Premiering at the 2021 Cannes Film Festival, Verhoeven's intoxicating latest is a transgressive and alluring look at faith, power and religion, and is every bit as scandalous as you would expect from the controversial filmmaker. Region free