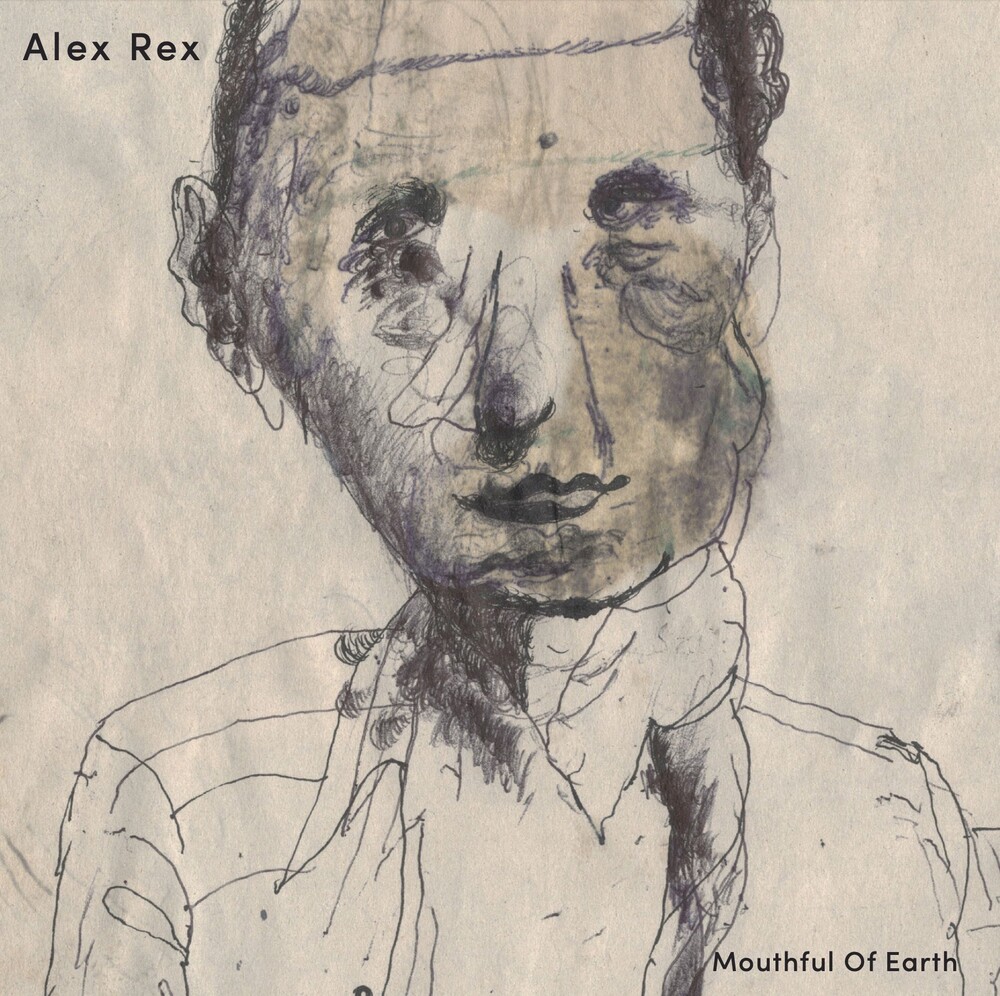 Way back when, before the pandemic, and before the release of Alex Rex's last album Paradise escaped the confines of lockdown, Alex Neilson took a break from the road and set about putting together a record of poems extracted from the collapsed goldmine of his brain. Returning to his experimental roots, Mouthful of Earth's cutting and oft heart-wrenching stanzas are set to music largely from underground legends Alastair Galbraith, Richard Youngs and Alex's cult experimental drone record Belsayer Time (originally released on Time Lag Records in 2006. This is the first time that this music has ever been made available digitally). And for one track, Alex reunites with ex-Trembling Bells mucker Lavinia Blackwall for some free-form experimental jazz, reminiscent of the more psychedelically unhinged moments of Cammell/Roeg's Performance soundtrack. To quote Stuart Maconie's sleeve notes for the record, "One of the first things I learned about Alex's musical imagination and modus operandi was a joy in collaboration, and Mouthful Of Earth continues in a tradition that has seen him work with many kindred spirits across many genres; Bonnie 'Prince' Billy, Current 93, Jandek, Kan Mikami, Shirley Collins, Six Organs of Admittance, Josephine Foster and Baby Dee. The list is disparate and stellar, the results are always interesting and alive." Continuing in the spirit of collaboration, Mouthful of Earth's words and music are accompanied by a digital book of drawings by Kent-based visual artist, musician and art psychotherapist, Benjamin Prosser (Insta: @benjaminprosser). These are not so much literal illustrations as reactions. The combination of poems and visuals works a suite of haunted vignettes, dense with bleak humour and hallucinatory images. "The phantom hand of a lover pressed over the mouth of your mother" / "the whole gurning universe" / "the collapsed farmhouse of my mouth". Mouthful of Earth is both visceral and corporeal, flecked with blood, sweat and beers. Or as Alex puts it "a continuous project of describing the human spirit pushed to the point of crisis". Mouthful of Earth finds beauty in scarring and peace in torment. It's both an assault and a balm of sorts. Life, says Neilson "is not a golden arc / It's a bent aerial / connected to a vast and terrible machine/operated by a child". But listen hard and you will also hear beauty... "The song of yourself, roaring like a cloud, explicable only by light". With sleeve notes by BBC Radio presenter and author Stuart Maconie, Mouthful of Earth is released on limited edition vinyl (300 copies only) and digitally via Neolithic Recordings. Reminiscent of his early work with Trembling Bells, and again featuring Lavinia Blackwall on vox, the track is a red herring; a nod towards a lighter shade of darkness. Genre: Alternative / Indie / Folk