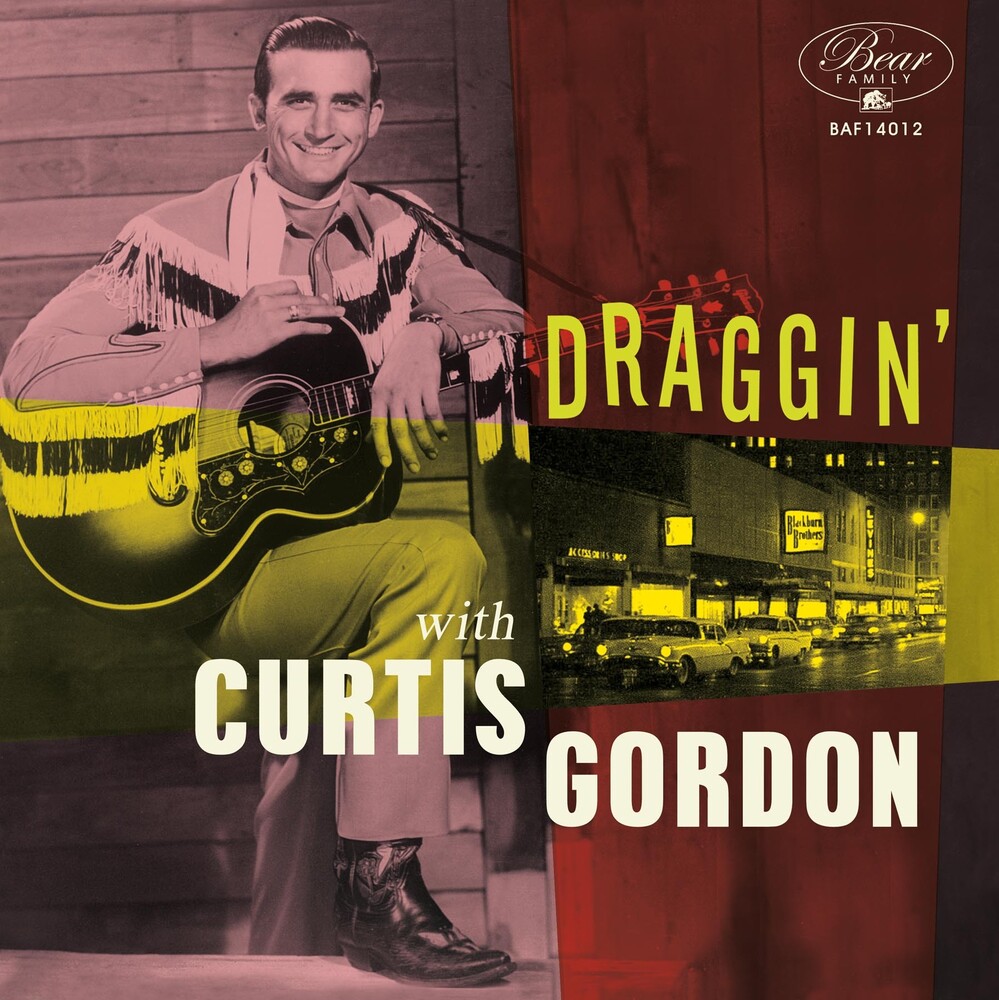 -Finally - legendary Curtis Gordon's rockabilly recordings on 10inch vinyl, original masters from 1955 to 1959! -In addition to ten Mercury titles, two 1959 recordings for Dollie Records. -For the first time both versions of the rockabilly classic 'Draggin' on one album! -Plus rock 'n' roll classics like 'Rock, Roll, Jump And Jive' or 'Mobile Alabama'. -For the first time on a Curtis Gordon compilation: the honky-tonk ballad 'Blue Lifetime'. -In addition, a richly illustrated booklet tells Gordon's story, including the mysterious story behind the two 'Draggin' versions! -An absolute must for Rockabilly fans, collectors and vinyl freaks alike! Curtis Gordon Although Curtis Gordon never scored a hit during his career, his legendary rockabilly recordings, made for Mercury Records in the 1950s, established him as a rockabilly legend. The fact that he began recording country music and Western swing in the early 1950s only became known worldwide with the Bear Family releases of the 1980s and 1990s. The legend status got manifested when Gordon performed live again after years of musical abstinence headlining the Viva Las Vegas Festival in 2001. Draggin' This 10inch vinyl disc compresses all of Curtis Gordon's rockabilly classics, enriched with a country ballad stylistically inspired by Hank Williams and written by Luke McDaniel. In addition, two of a total of five rare songs that Gordon recorded for the Dollie label in 1959, which are considered the last recordings before his long absence. Enclosed with the record is an accompanying booklet, which contains rare photos and illustrations as well as a lot of information and a short biography and which tells the mysterious story about the two versions of the Curtis Gordon classic 'Draggin'. Both versions were released in 1956, but only one of them was reissued in later decades. So the ominous story of 'Draggin' has remained unsolved until today. We bring light into the darkness, but more will not be revealed here!