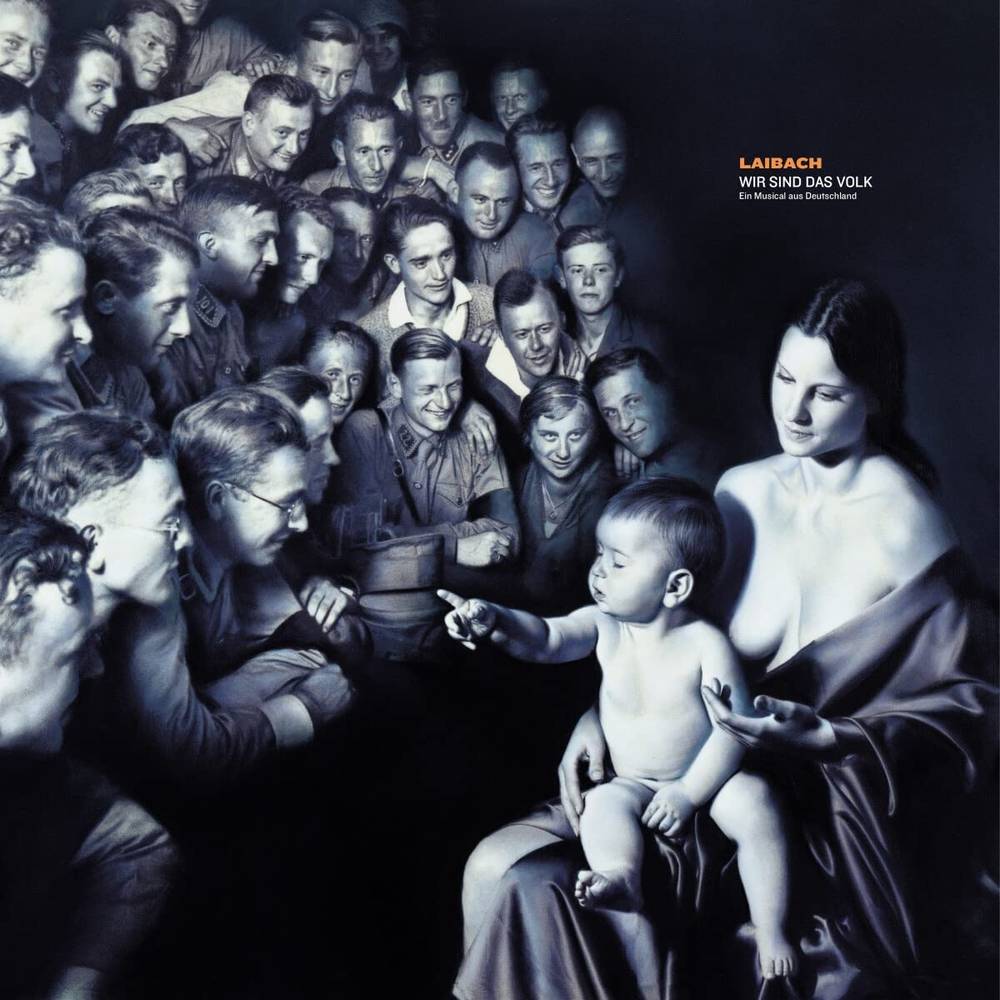 The album collates music from the acclaimed theatrical production Wir sind das Volk ("We are the People"), which premiered at Hebbel am Ufer (HAU) theatre in Berlin on 8 Feb 2020. Two more shows were performed, before the production was halted due to the pandemic. In 2021 Laibach opened the Klagenfurt Festival with a Slovenian version of the same production and performed two more sold out shows in Ljubljana's Kino Siska. In March this year performances will resume in Berlin's HAU, with more confirmed for Zagreb, Ljubljana, Hamburg, Maribor and in the Cultural Capital of Europe, Novi Sad - full details below.

Wir sind das Volk is based upon the writings of Heiner MÃ¼ller (1929-1995), one of the most significant German-speaking playwrights since Brecht. Laibach's own association with the theatre began in 1984 when they composed music for Heiner MÃ¼ller's Quartet, a play that was presented at the Slovenian National Theatre in Ljubljana. The following year they met MÃ¼ller in Berlin, who suggested that they collaborate. MÃ¼ller went on to use Laibach's music in a production but the collaboration never happened, until the head of the International Heiner MÃ¼ller Society, Anja Quickert, proposed a posthumous project based on MÃ¼ller's texts.

The album's artwork and inner sleeve is Epiphany II: Adoration of the Shepherds (1998, collection of Fine Arts Museums of San Francisco) and Epiphany I: Adoration of the Magi (1996, Denver Art Museum collection) by the renowned Austrian-Irish artist, Gottfried Helnwein. Taken from his Epiphany series, some of his most recognisable works, the painting reflects on two of the central themes of his work: childhood and National Socialism.