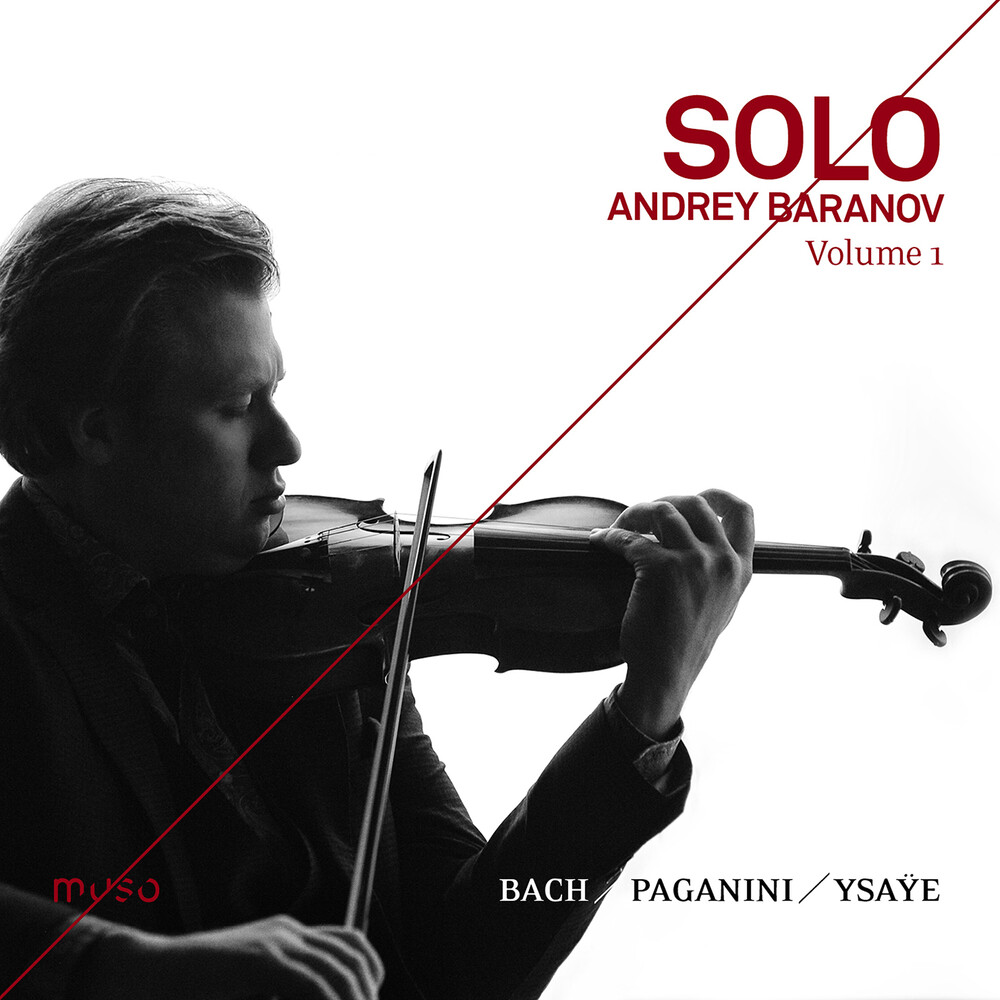 The Golden Violin, Andrey Baranov's first solo album, received an excellent welcome and was hailed by the press for "his flamboyant virtuosity, his imagination, his sense of drama, limitless instrumental mastery, a sensitivity that can reach the state of grace." The Russian violinist today launches the first part of an exploration of the solo violin repertory, tackling some of the greatest and most beautiful pieces of three composers who, in the course of three successive centuries, became masters of violin writing: Bach, Paganini and Ysaÿe. Composed in 1720, the Sonatas and Partitas of Johann Sebastian Bach are fundamental works that push back the boundaries of the instrument; Bach opened up the violin to hitherto unsuspected possibilities and composed a summit of the repertory that is revolutionary in it's dramatic impact. These six works seem indeed to show the composer's suffering and solitude, yet they also convey hope and the vital force. It was after having heard the Sonatas and Partitas of Bach that Eugène Ysaÿe embarked on the composition of his own Sonatas for solo violin during the summer of 1923. They portray the evolution of violin techniques and certain important characteristics of early twentieth-century music, giving new credentials of nobility to solo violin music. Between the two, Niccolò Paganini undoubtedly pushed the virtuosity of his instrument to extreme limits. His 24 Caprices for solo violin, published in 1820, are gems of virtuosity and character and form so many brilliant concertos as much as transcendental studies. As with Bach and Ysaÿe, they also manifest magnificent poetry and an extraordinarily adventurous imagination, as much melodically as harmonically. Andrey Baranov has chosen to record seven of these Caprices, concluding his programme with the staggering No. 24, the culmination of all the techniques used in the previous caprices.