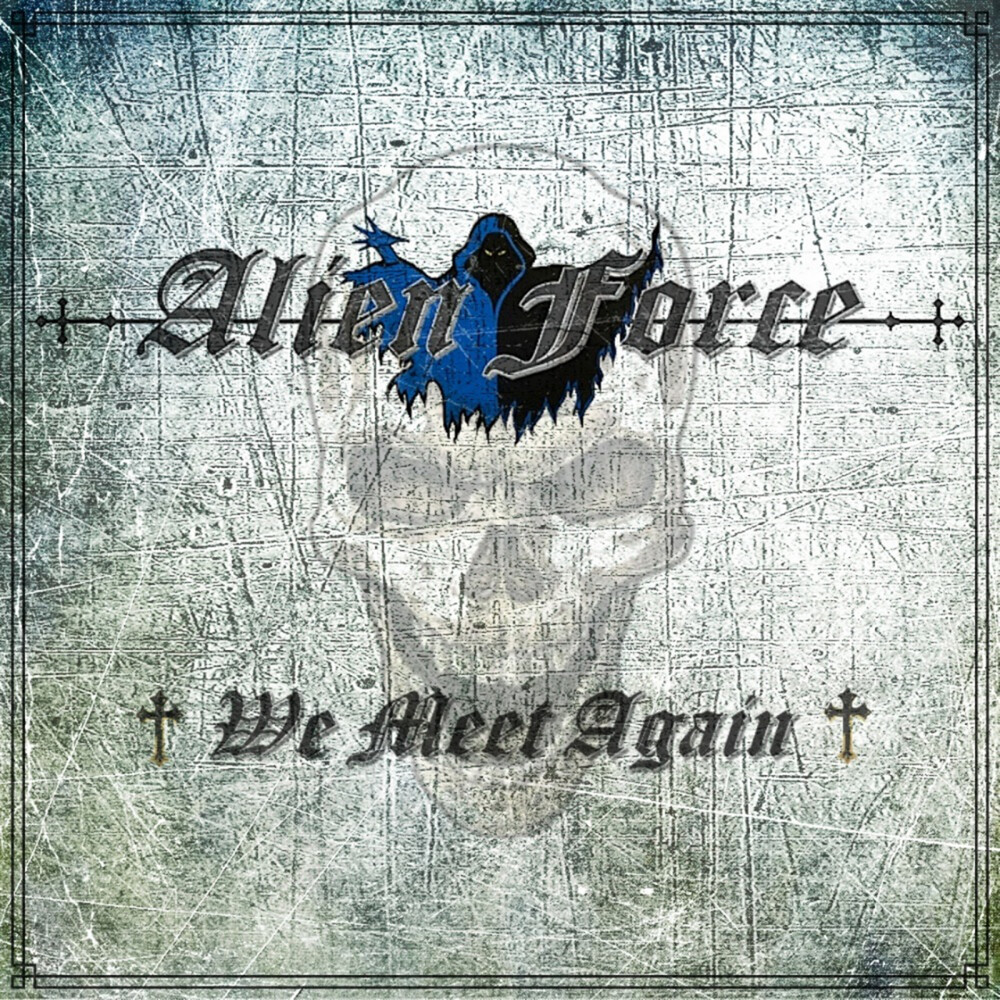 THE WAIT IS OVER. FINALLY, CLASSIC HEAVY METAL MERCHANTS ALIEN FORCE WILL BREAK THE 35-YEAR SILENCE SINCE THEIR LAST STUDIO ALBUMAND RELEASE A NEW COLLECTION OF SONGS."We Meet Again" is the eagerly awaited new Alien Force studio album, and it doesn't disappoint: it's melodic, it's tight and it bears that classical sound that made the Danes aband to be reckoned in the international scene. Few bands could hold the pressure of three decades and a half of accumulated expectations, but Alien Force do it in spades!In 2020, Alien Force hits the studio again, inspired by the many concerts in Europe after the Keep it True experience. Together with Peter Brander in Media Sound Studio,they have recorded ten new songs ready for an upcoming album to be released by From The Vaults, the new trad heavy metal label with an A&R team composed by MichaelStÃ¼tzer (Artillery), Tom Noble (Tygers Of Pan Tang manager) and Kim Vestergaard (Artillery manager). The title of the album says it all: WE MEET AGAIN