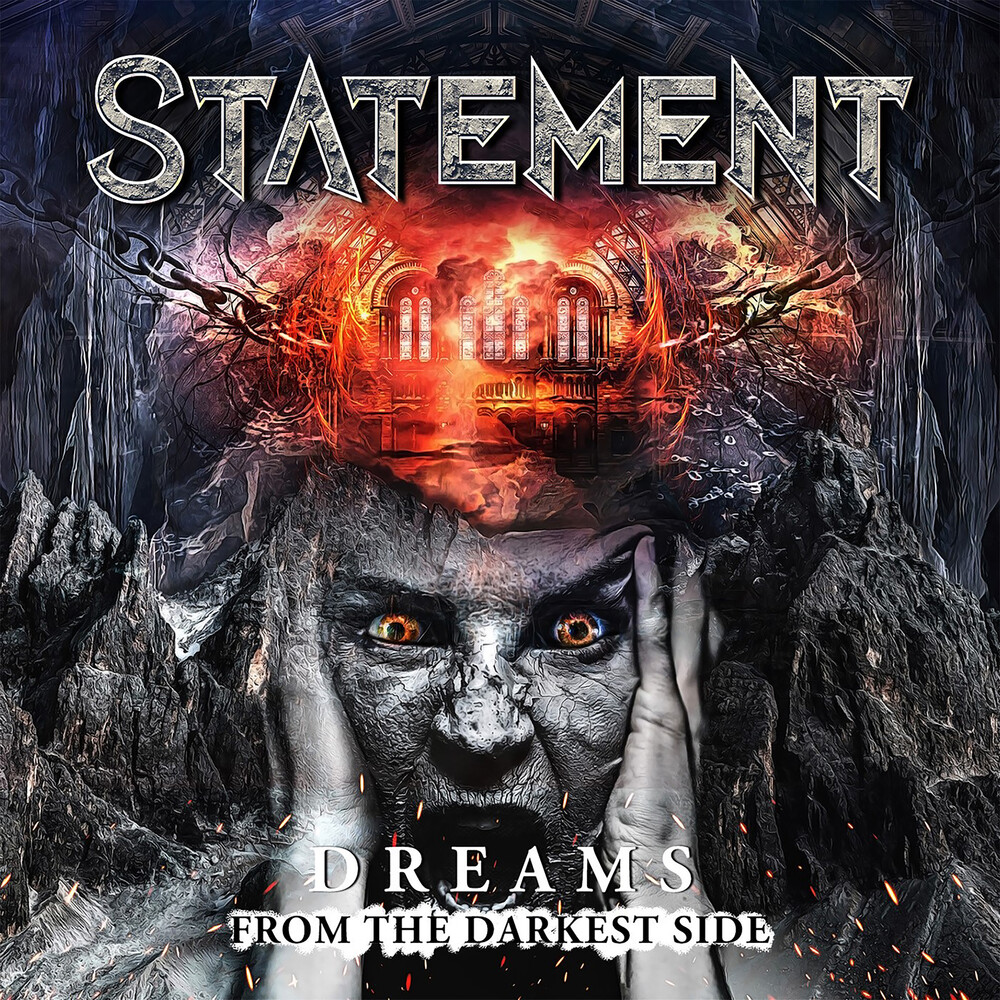 Dreams From The Darkest Side
Artist: Statement
Format: CD

Danish band STATEMENT is back with their fourth and most uncompromising album to date which, like their last critically acclaimed album "Force Of Life", was recorded in Medley Studios and produced by experienced Soren Andersen. With the same line-up as the previous album, Statement demonstrates their indomitable perfectionism after several long hours in the studio, with their heads deeply buried in the world of music in the culmination between hard work and enormous focus in further development - among other things with a more diverse songwriting."Dreams From The Darkest Side" is a heavy rock album that clearly expresses the band's personality and unity. Based on the band's recognizable cosmos, "Dreams From The Darkest Side" carries Statement further into the facets of metal. An even higher range of flashy melodies and heavy metal elements characterise "Dreams From The Darkest Side", without the band giving up their iconic choruses and exuberant guitar solos in the span between rock, metal and emotionally ballads. The lyrics are based on the band's own depictions and experiences of life, with reference to the world we live in. Deeply personal tales of band members' depression, demonic thoughts, the struggle to achieve dreams and the eternal search for love have brought Statement into the intensity and bias of fragility.Statement hail from the dusty and dirty suburbs of Copenhagen, combining the raw power of several genres with their field-warrior melodic heavy rock and their assertive metal approach to form their own unique sound - a sound that straddles hard rock, heavy metal and softer elements from the world of pop.Formed in 2011, the band has focused since day one on writing ear-catching heavy rock that touches the very core of your soul. Statement released their debut album "Monsters" in 2014, followed by the second album "Heaven Will Burn" in 2016, and third album "Force of Life" in 2019, and is now coming with their fourth album, "Dreams From The Darkest Side", in 2022.