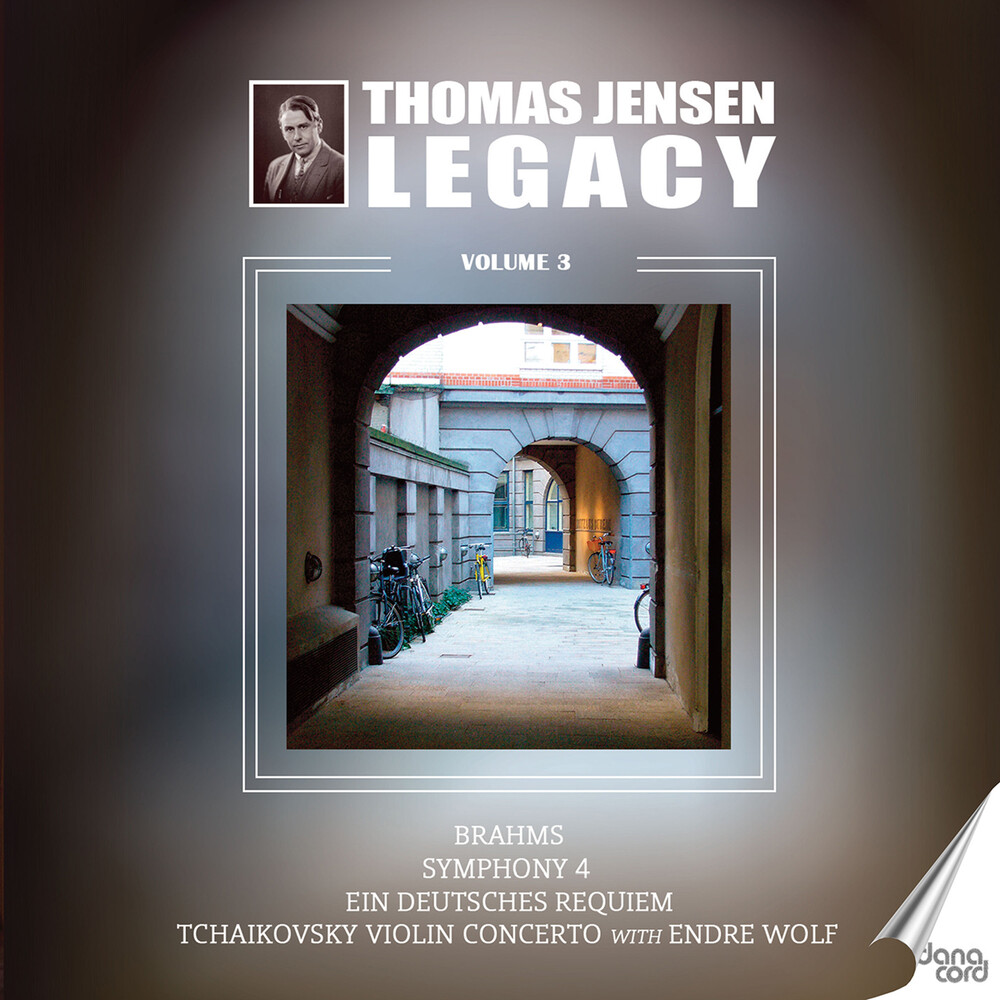 Two previously unissued broadcast performances of Brahms make major additions to the recorded legacy of Thomas Jensen. A long unavailable, newly remastered studio recording of Tchaikovsky's Violin Concerto also contributes to an appreciation of the Danish conductor as a dynamic figure who could inspire the most exciting and flexibly molded interpretations of the central orchestral repertoire. Thomas Jensen studied at the Danish Conservatory of Music. Jensen led several Danish ensembles, including the Danish National Symphony Orchestra (from 1957) and the Aarhus Symphony Orchestra (then known as the Aarhus Civic Orchestra). In Aarhus he built the small orchestra up through broadcasts and tours within Denmark and later to Germany and the Netherlands. He also conducted the Tivoli Concert Hall Orchestra.