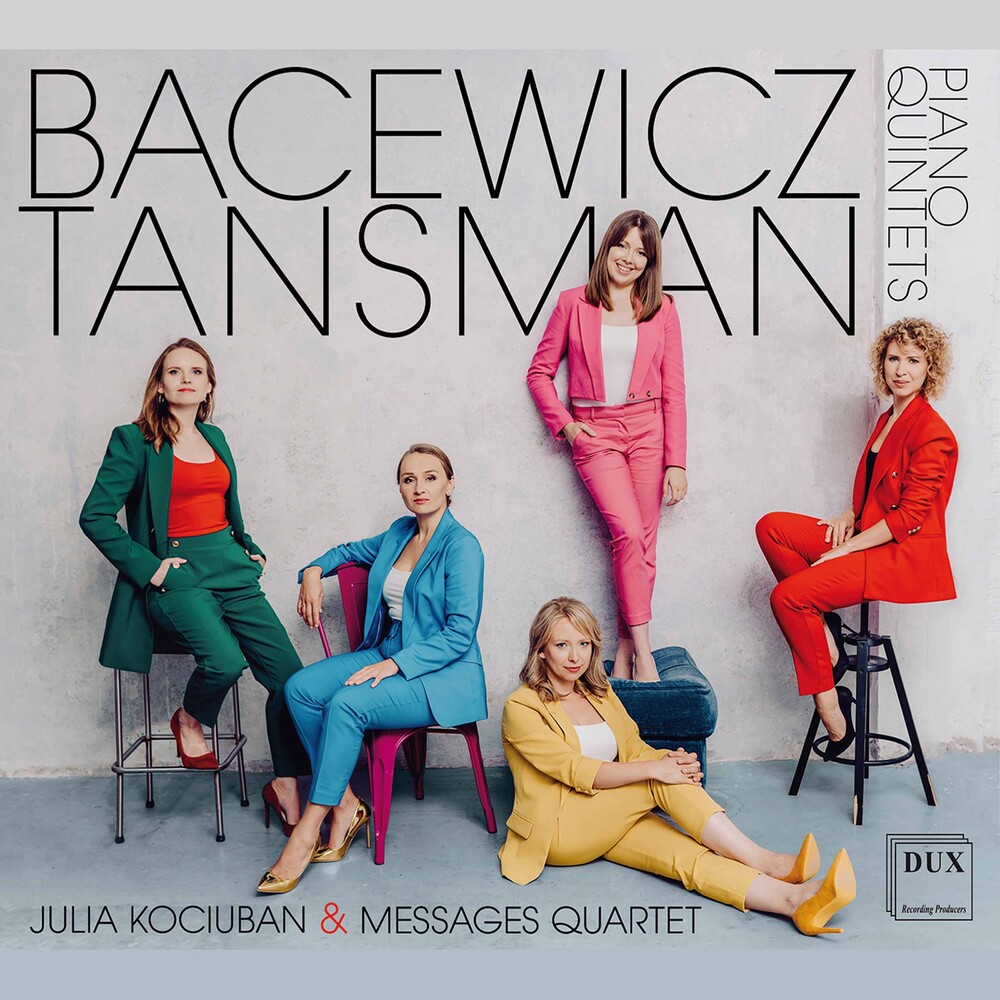 Julia KOCIUBAN is considered as one of the leading Polish pianists of her generation. Her debut solo album "Schumann, Chopin, Bacewicz" was praised by critics as one of the most interesting Polish piano debut of the past years, and album with Bacewicz and Tansman Piano Concertos was nominated for the Polish Music Industry Prize "Fryderyk" in the "Album of the Year - Concerto Music" category. MESSAGES QUARTET (Malgorzata Wasiucionek-Potera & Oriana Masternak - violin, Maria Shetty - viola, Beata Urbanek-Kalinowska - cello) was founded in 2014 and only a year later won the 2nd prize, Silver Medal, and a special award for the interpretation of Dmitri Shostakovich's quartet in the 2nd International Chamber Music Competition in Plovdiv (Bulgaria, 2015). The Messages Quartet performs both in Poland and abroad, e.g. in Vienna, London, Sao Paulo, or Moscow. On a number of occasions, the ensemble has presented a comprehensive and innovative repertoire as part of a series of chamber music concerts at the premises of the Polish National Radio Symphony Orchestra in Katowice.