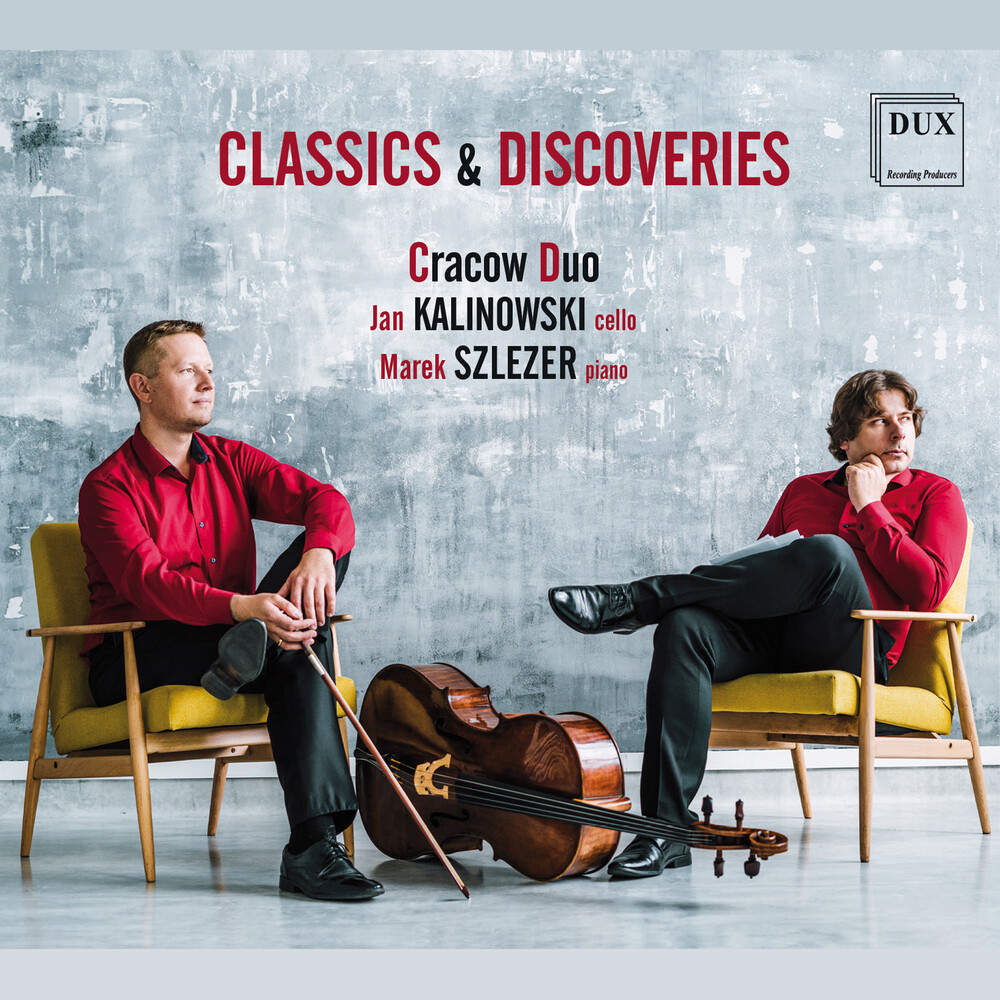 Classics and discoveries. The present album, released on the occasion of the 20th anniversary of Cracow Duo: Kalinowski & Szlezer, is composed of the most famous pieces for cello and piano. This unique album includes, among others, Swan from "Carnival of Animals" by Camille Saint-SaÃ«ns and Le Grand Tango by Astor Piazzolla, as well as romantic and melodic compositions less known to listeners, including: Romance sans paroles by Zygmunt Stojowski and Milontan by JosÃ© Bragato. Jan Kalinowski and Marek Szlezer have been friends since childhood, they studied in Krakow and Paris. The musicians featured here have performed on the most prestigious stages in the world, including Carnegie Hall in New York, Concertgebouw in Amsterdam, St Martin-in-the-Fields in London, Salle Cortot in Paris, Seoul Arts Center in Seoul, Alfred Newman Hall in Los Angeles, Palacio de Bellas Artes in Mexico. The album that Jan Kalinowski and Marek Szlezer are handing over to you is a story of twenty years of working and traveling together told with music.