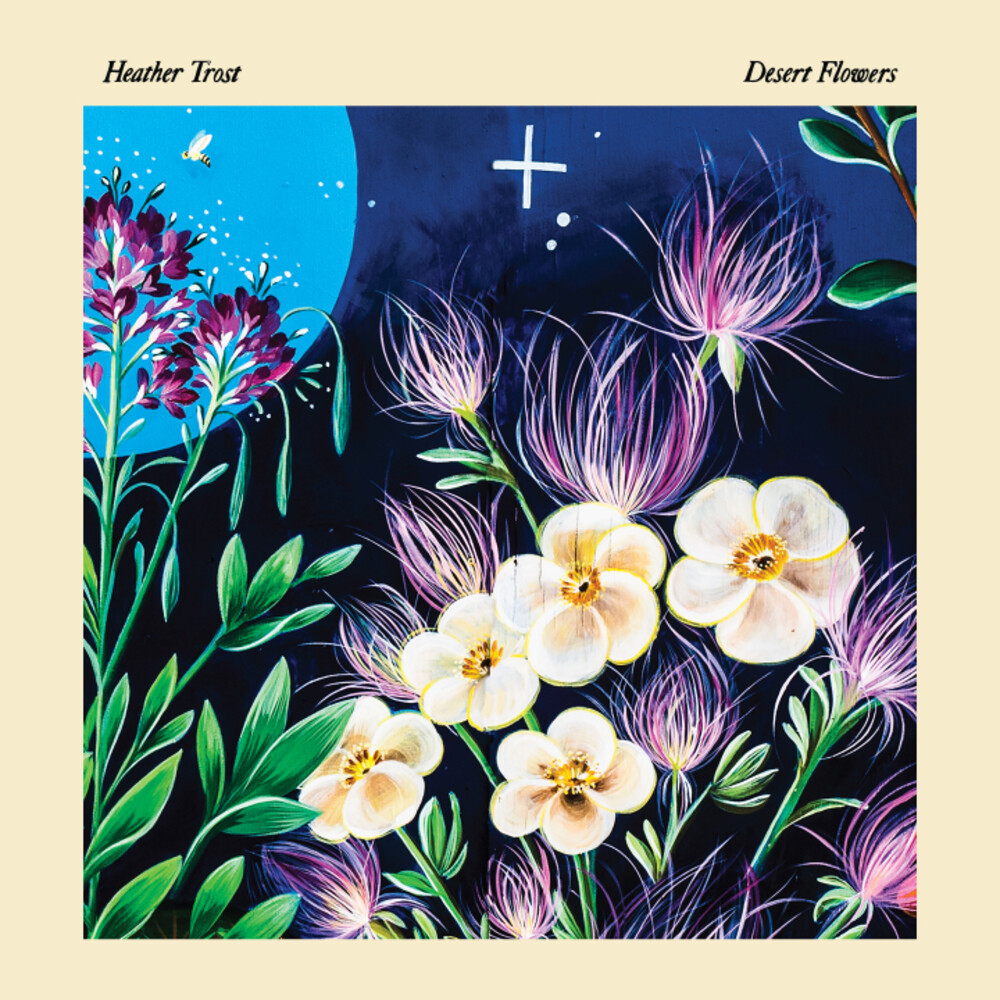 DISC: 1
1. Frog and Toad Are Friends
2. Sandcastles
3. The Devil Never Sleeps
4. Blue Fish
5. Black Is the Night
6. You Always Gave Me Succor
7. Despoina
8. The Debutante
9. Your Favorite Color

As Heather Trost put together her new album Desert Flowers, she imagined herself sitting out on the mesa amidst the arid climate and sand. Even with such little water to survive, wildflowers bloom. This vision is an embellishment of Trost's Albuquerque surroundings, an intersection of rural splendor and emptiness. She remains focused on those purple, yellow and orange flowers with faces beaming up to the sky, thriving on very little. "How does a flower grow in the desert?" she sings. Desert Flowers postulates the potential for new life. Using the messages from the unconscious during sleep, the record ultimately conceives a bridge to the world beyond one's own. Written and recorded in her home studio, Trost began with harmonic frameworks, allowing the melodies to naturally take root. Introductory track "Frog And Toad Are Friends"-yes, named after the book-is like a surf song from a sci-fi movie. Trost sees it as a mindwipe, "a playful kind of romp to help shake off the cobwebs and get the bones moving." The album ripens as it progresses, and "Sandcastles" best embodies the spirit of the record. Lush strings and bass are complimented by a slow guitar groove, as Trost soulfully fantasizes about Earth's regeneration. "In time, the bullets and tanks, and all of humanity's violent creations will melt back into mountains and the ocean," she says.Integral to the record's creation was Trost's cohort in A Hawk & A Hacksaw and record label Living Music Duplication, Jeremy Barnes. "This album wouldn't sound the way it does without his wonderfully discerning and courageous ear," she says. Much like her previous two albums, Agistri and Petrichor, the record was primarily recorded at their home studio. Many of the tracks on Desert Flowers were created during difficult years, during which Trost's strident creativity offered a much-needed path to solace. "Maybe these songs are a bit like desert flowers," she reflects, "pushing their way towards the sun, and in turn searching and pushing roots deep into the ground for water. As above, so below, the light and the dark, extroverted and introverted, color and monochrome."