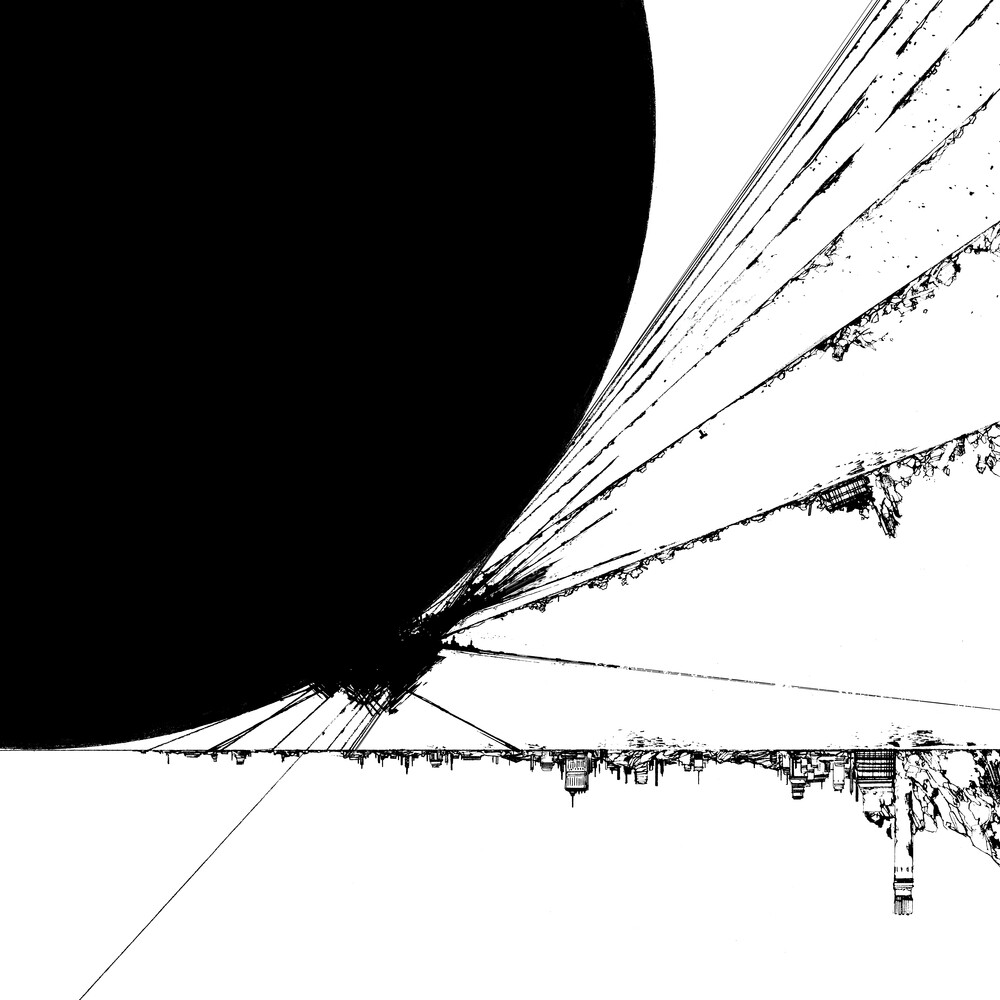 Along the outer limits of the universe, where no path forward can be found, what else remains but the self? Desiderata, the fourth solo offering from Ben Shemie (of SUUNS), grapples with this question. Over the course of ten tracks, Shemie chronicles a wandering soul tangled in it's own dark orbit, searching for meaning in a world of stardust and astral mirages. "It's a soundtrack to a movie that doesn't exist," Shemie said of the album's themes and structure. True to it's interstellar themes, Desiderata literally fell from the stars. It's name, derived from the Latin phrase de sidere ("from the stars") bows to the fantastical and galaxy-wide compositions that comprise this ambitious new work. Inspired by the sci-fi media like 2001: A Space Odyssey, Solaris, and the novel Neuromancer, Desiderata conjures a universe of fantastical proportions. Continuing to chew on themes of mindfulness and self-discovery with pop-spiked teeth, Shemie wrestles with orchestral flourishes and synth-powered chaos to tell the story of a world beyond conception or reach. Channeling his classical background and tutelage under acclaimed composer Ana Sokolovic, Shemie combines string fractals, manipulated vocals, and synth-powered chaos to bridge the universes of past, present, and future. To launch his vision of Desiderata into the corporeal world, Shemie constructed a score that was both informed by his experimental pop groundwork and destined to be played by a string quartet. Breathing life into Shemie's orchestral maneuvers was the Molinari String Quartet, one of Canada's most celebrated contemporary ensembles."It's more composition than experimentation," Shemie said of the album. "The band is incredible and it mixes some contemporary chamber string writing, with some improvisation and feedback. I want to write severe 'serious' contemporary music, but I can only go so far before I need to break out into song, so it's partly pop, and also pretty radical at times."To capture that lightning-in-a-bottle radicalism, Desiderata was recorded live on the floor of hotel2tango, the Montreal studio owned by Godspeed You! Black Emperor. Recording the album's ten tracks in two single-takes, the urgency and dynamism of these compositions can be heard as much felt. The listener can sense the stuttering pulse of Shemie, flanked by five amplifiers and wading in electronic bedlam, as the Molinari Quartet switchbacks measures of strings and chimes. Album opener "The Departure" begins the journey with a swell of strings and wailing electronics as the album's narrator prepares to be launched into deep space. Along the way, He encounters "The Tower," slicing open the inky horizon of a new galaxy. While the themes of Desiderata are far-flung and cosmic, the terrestrial is still present. "The Past Continuous" showcases Shemie's passion for found sound, with him singing over answering machine messages spoken in Quebecois French. "The Eye" combines industrial dirge and trip-hop beats, while album closer "The Return" channels Montreal's bursting minimal wave influences. The listener wades through breakbeat rhythms, left-field pop hooks, and Shemie's auto-tuned timbres before making "The Return." Not to be confused with a homecoming, Desiderata's closing track welcomes the narrator to a new sense of self, instilling something like hope ("Don't follow the stars / They're near, / Right here in your heart, / Where they remain / Floating through your veins").Sometimes, the only way to make sense of the world is to travel to it's absolute end. While Shemie's image of a faraway universe is equal parts inspiring and chaotic, he assures the listener - everything and everyone is exactly as it should.-Shannon Nico Shreibak