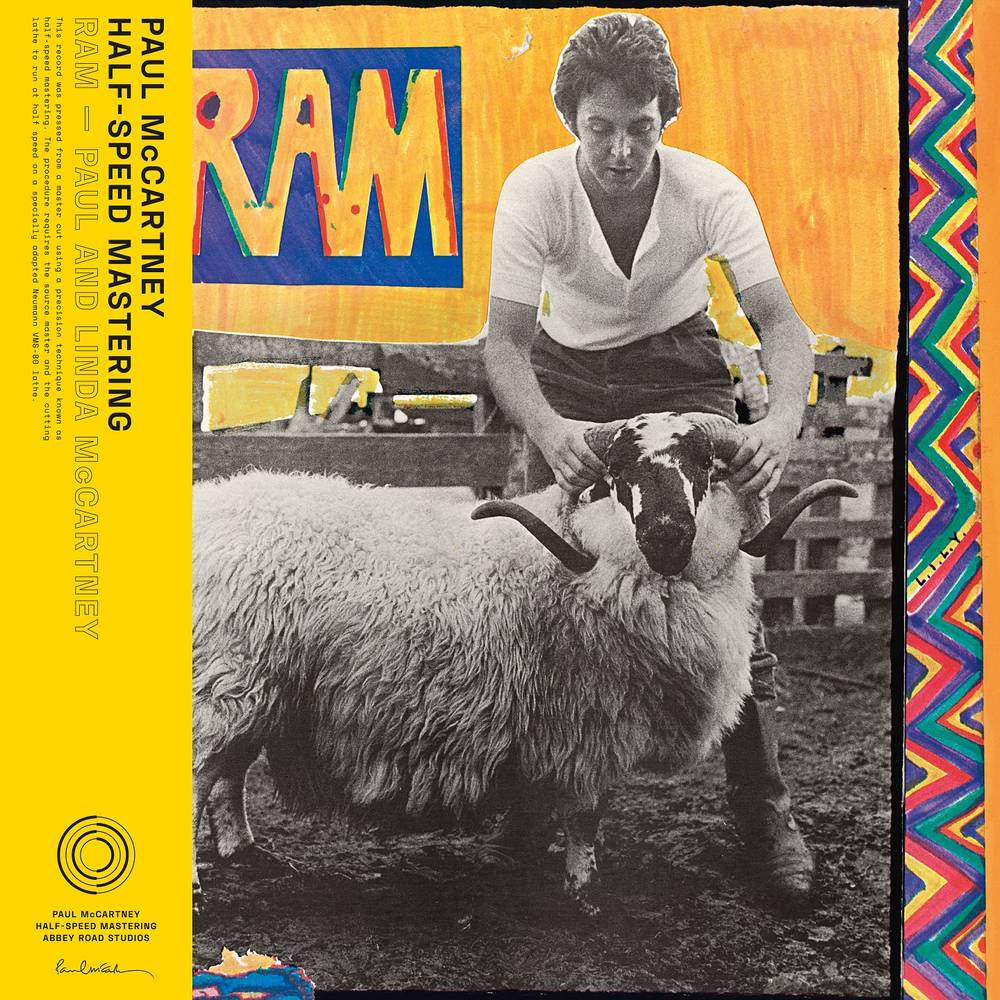 To mark the 50th anniversary of the release of RAM, the album will be pressed from a master cut at half speed using the original master tapes at Abbey Road.

The only album credited to both Paul and Linda McCartney, RAM reached Number 1 in the UK and stayed in the US Top 10 for five months. Recording after hed left The Beatles and before the formation of Wings, Paul initially flew with Linda to New York to record the songs theyd written but arrived without a band. As Paul recalls, We were thinking of forming a group at that time, Wings. We went to New York, found a really grotty little basement somewhere and auditioned a bunch of people. We got someone to throw a lot of drummers at us, out of which we picked Denny Seiwell whos one of the best, and his personality fitted. Then we went in, worked with him, Hugh McCracken, Dave Spinozza, a couple of New York session men, and did RAM. To avoid arousing too much interest, the auditions were held under the guise of a session for a commercial jingle. As well as Pauls lead vocals there are harmonies from Linda. I gave her a hard time, I must say, but we were pleased with the results. Elton John later said somewhere that he thought it was the best harmonies hed heard in a long while. It was very much the two of us against the world at that point.