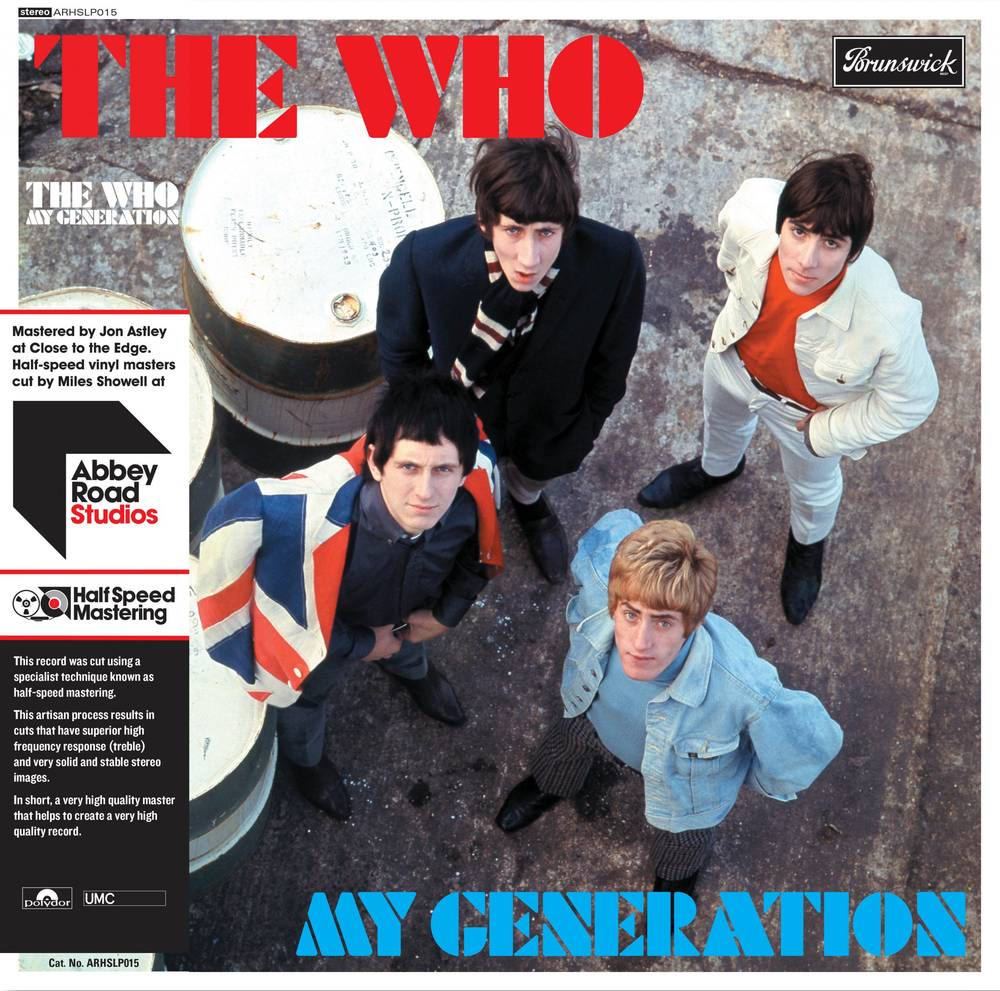 My Generation: Half-Speed Master [LP]
Artist: The Who
Format: Vinyl

Released in 1965 My Generation was the debut album by The Who. The album peaked at #5 in the UK & launched the band into worldwide acclaim. Containing My Generation, The Kids are Alright & The Ox mastered by long time Who engineer Jon Astley from the original tapes. Packaged in original sleeve with obi & certificate of authenticity, this black vinyl version is engineered by Miles Showell at Abbey Road Studios with a half-speed mastering technique which produces a superior vinyl cut.