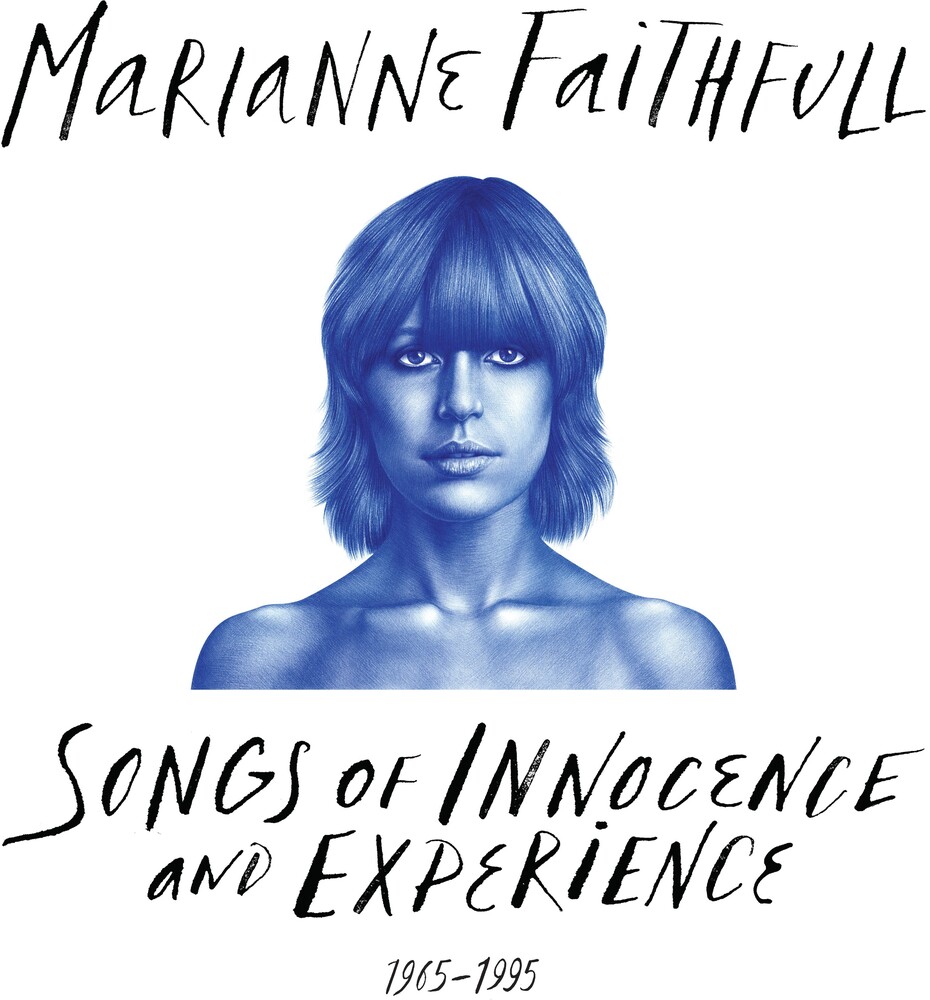 First Marianne Faithfull compilation since 2001's 'An Introduction to...' and the first to contain rare and unreleased material since the Island Anthology 'A Perfect Stranger' in 1998. Containing 4 previously unreleased recordings including 1 completely unheard song. In addition to the unreleased material, 22 of the 29 tracks on the LP are making their first appearance on vinyl or first appearance since their original release, and on the 2xCD set, 9 recordings are making their CD/digital debut. This compilation offers a definitive overview of the first 30 years of Marianne's recording career on the Decca and Island labels, and features versions of all of her notable singles including the original issue of her final Decca 7" 'Something Better' / 'Sister Morphine' featuring alternate takes unavailable since 1969: It acts both as a primer to the uninitiated and a rarities collection for those already converted. The title Songs of Innocence and Experience acknowledges the change in vocal style between Marianne's orchestral folk-pop of her 60's career with her high pure voice and her new wave punk influenced comeback at the end of the 70's with Broken English featuring her trademark fractured vocals. The front cover features a hand drawn pencil image by Lithuanian artist Aiste Stancikaite, commissioned exclusively this for the project, and the packaging contains many rare and unseen images.