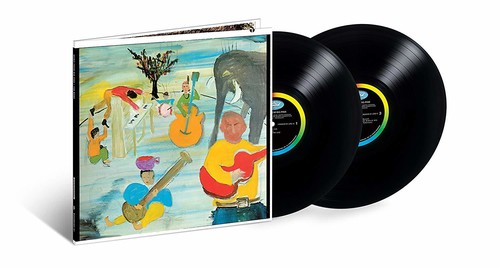 In celebration of the 50th Anniversary of The Band’s landmark debut album, Music From Big Pink is released in a limited edition of two black vinyl LPs that feature a new stereo mix of the album, produced by Bob Clearmountain from the original four-track analog master. This new mix achieves a striking clarity and incorporates some previously unreleased chatter from the studio sessions. For the LP, Chris Bellman cut the vinyl lacquers for the album’s new stereo mix at 45rpm at Bernie Grundman Mastering, expanding the album’s vinyl footprint from one LP to two.