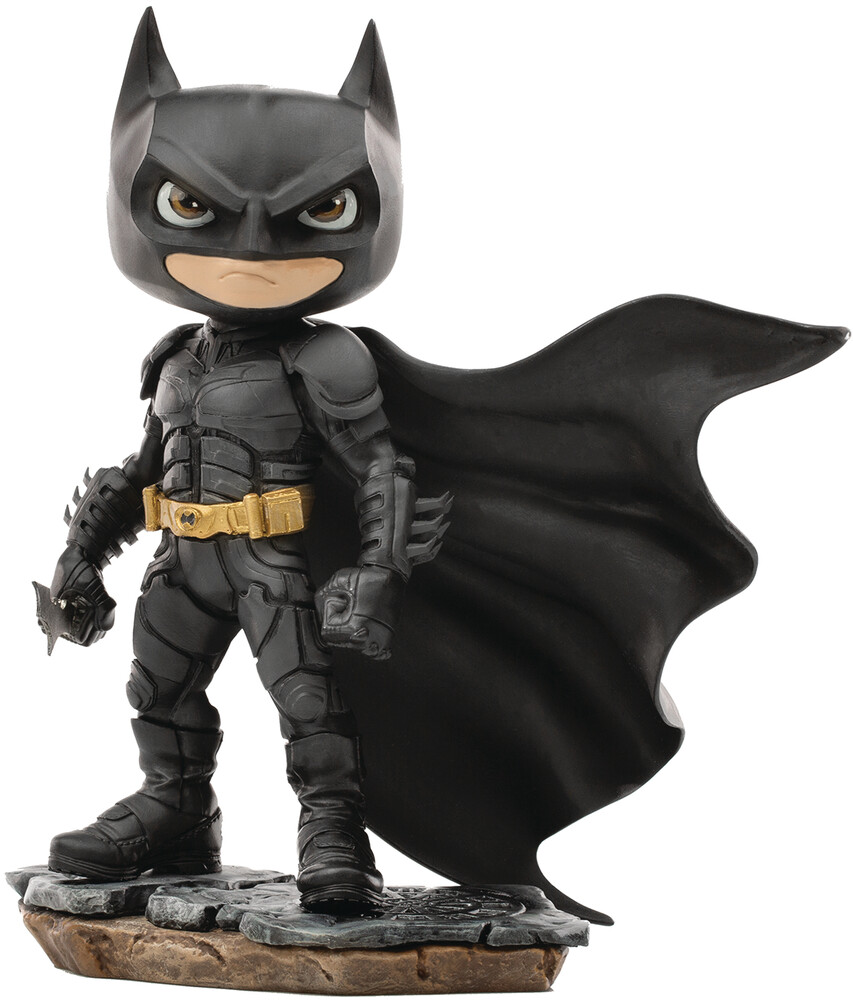 With his tactical crime-fighting armor and wielding his batarang-shuriken, Batman keeps his eye on the lookout for his arch-enemy, ready for action, on a base in the streets of Gotham City. Thus, Iron Studios presents the statue \"Batman - The Dark Knight - Minico\" inspired by the acclaimed film \"Batman: The Dark Knight\" (2008), directed by Christopher Nolan and played by Christian Bale in it\'s Toy Art version of the MiniCo line.

Created by Bob Kane and Bill Finger in 1939, Bruce Wayne is a businessman, playboy and billionaire philanthropist who witnessed the murder of his parents as a child, and motivated by revenge, as an adult he started traveling the world trying to understand criminal minds. He trained all types of martial arts and combat techniques, seeking physical and intellectual perfection. He created a uniform based on something that frightened him as a child: bats. He wanted the bad guys to share the same fear. And so, he started to fight against crime.