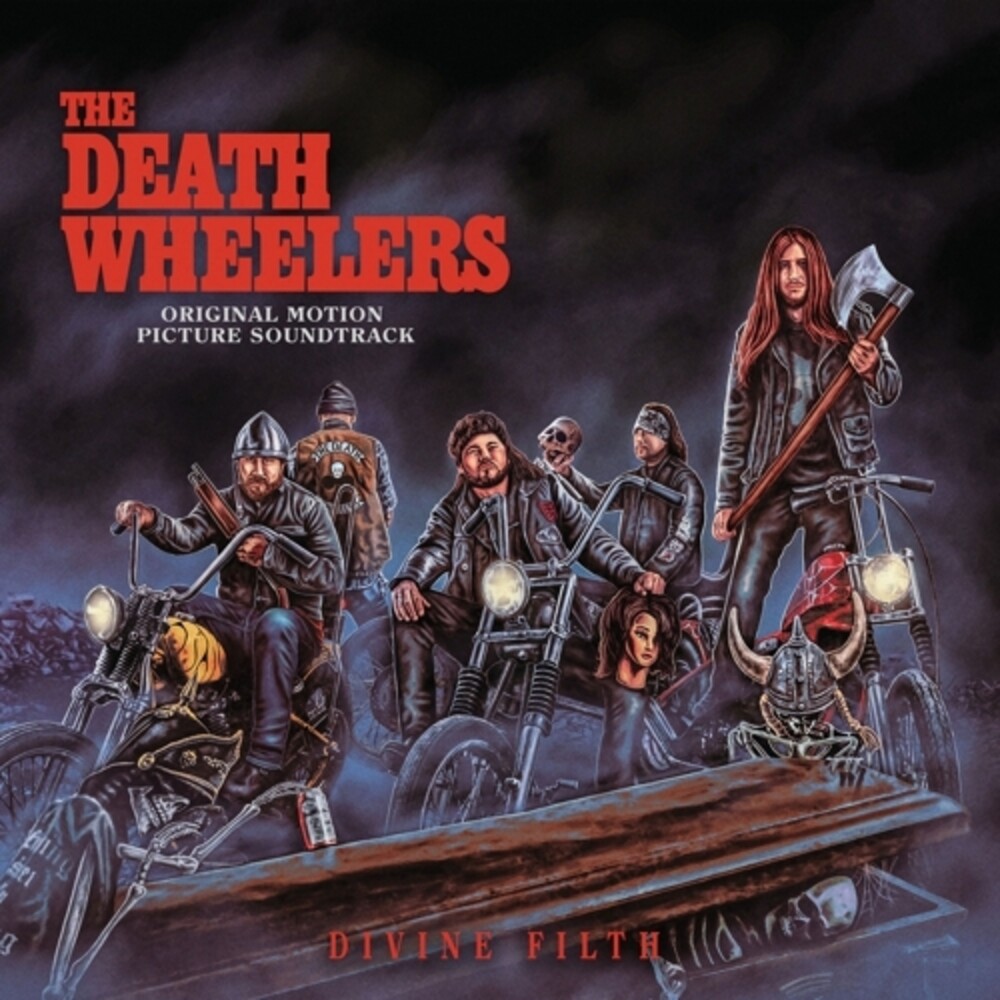 Vinyl LP pressing. 2020 release. From beyond the gutter, The Death Wheelers bring you their second album, the soundtrack to the fictional bikesploitation flick that never was: Divine Filth. Drawing inspiration from instrumental rock, proto-metal, punk and funk, the band embalms the listener in their sonic world of decay, groove and debauchery. Surfing the line between Motörhead, The Cramps and Dick Dale, the Canadian quartet uncompromisingly blends rawness and power in their riff fueled compositions. Recorded entirely in 48 hours in a live setting just like in the good old days, this second opus is a testament to what the band stands for: a no BS attitude spiked with a heavy layer of crass. Just like their previous offering, the album is devised to serve as a soundtrack loosely based on a plot synopsis of a B-movie.