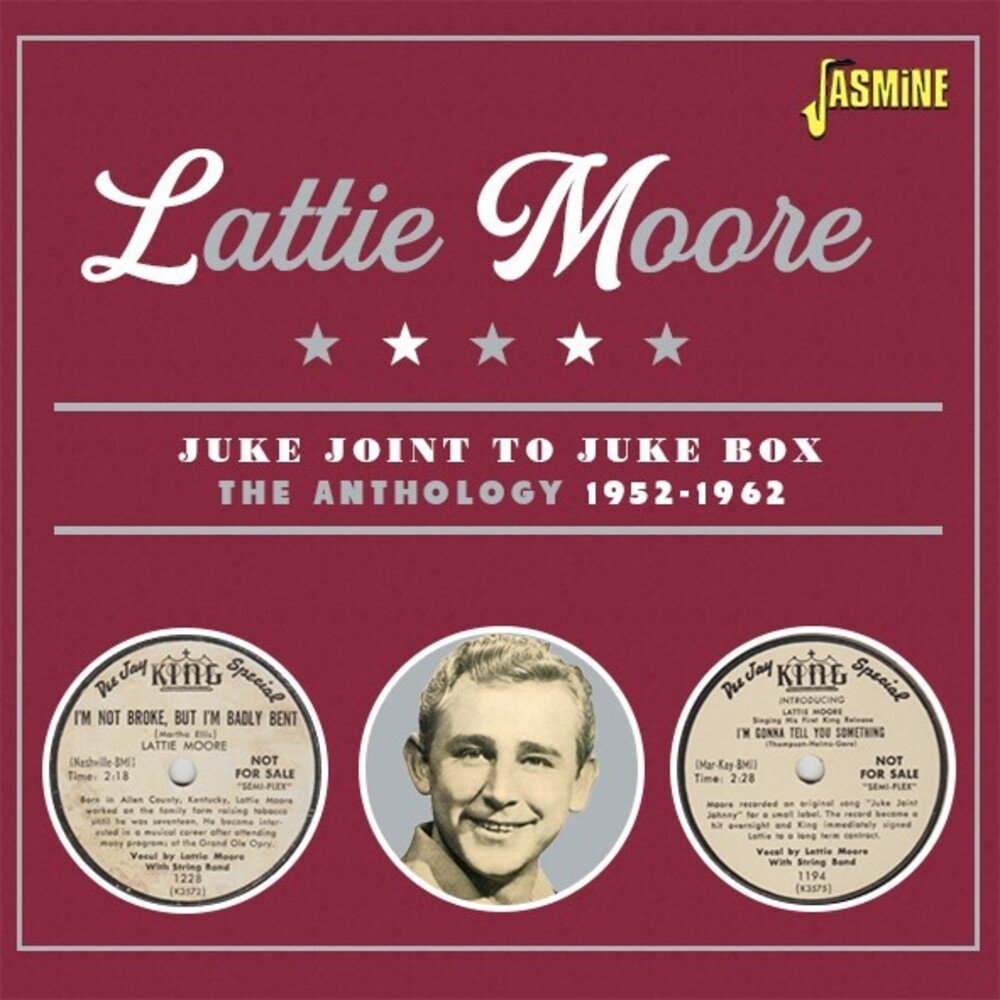 In the realms of 1950s rockabilly, Lattie Moore's original 1952 recording of 'Juke Joint Johnny' is considered by a significant number of collectors to be the earliest example of a genre that had not yet been invented. It wasn't a big hit, and it didn't bring much fame or fortune to Lattie at the time - but 20 years or so later it made him a hero to young UK rockabilly fans, many of whom were not yet born when he recorded it for Speed Records. Hit or not, 'Juke Joint Johnny' did sell well enough to bring Lattie to the attention of the King label, for whom he recorded the great material that makes up most of Jasmine's "Juke Joint To Juke Box" - the most complete overview of his early career to date. As well as two versions of his classic debut recording - cut 6 years apart - the 28 tracks here include other Lattie collector favourites like 'Why Did You Lie To Me', 'I'm Not Broke But I'm Badly Bent' (revived in the 1990s by Tulsa's Tractors, who had a big country hit with it) and early 60s honky tonk gems such as 'Drivin' Nails In My Coffin' and 'Here I Am Drunk Again'. While the accent throughout is definitely on the upbeat, Lattie's way with a slowie is also highlighted by selections such as 'Foolish Castles' and 'Lonesome Man Blues'. Lattie lived long enough to know that his premium quality hillbilly recordings were being appreciated by a younger generation. Jasmine's new collection - remastered as always from the best possible sources - shows exactly why there was so much love for Lattie Harrison Moore and his music, so many years after it was made.