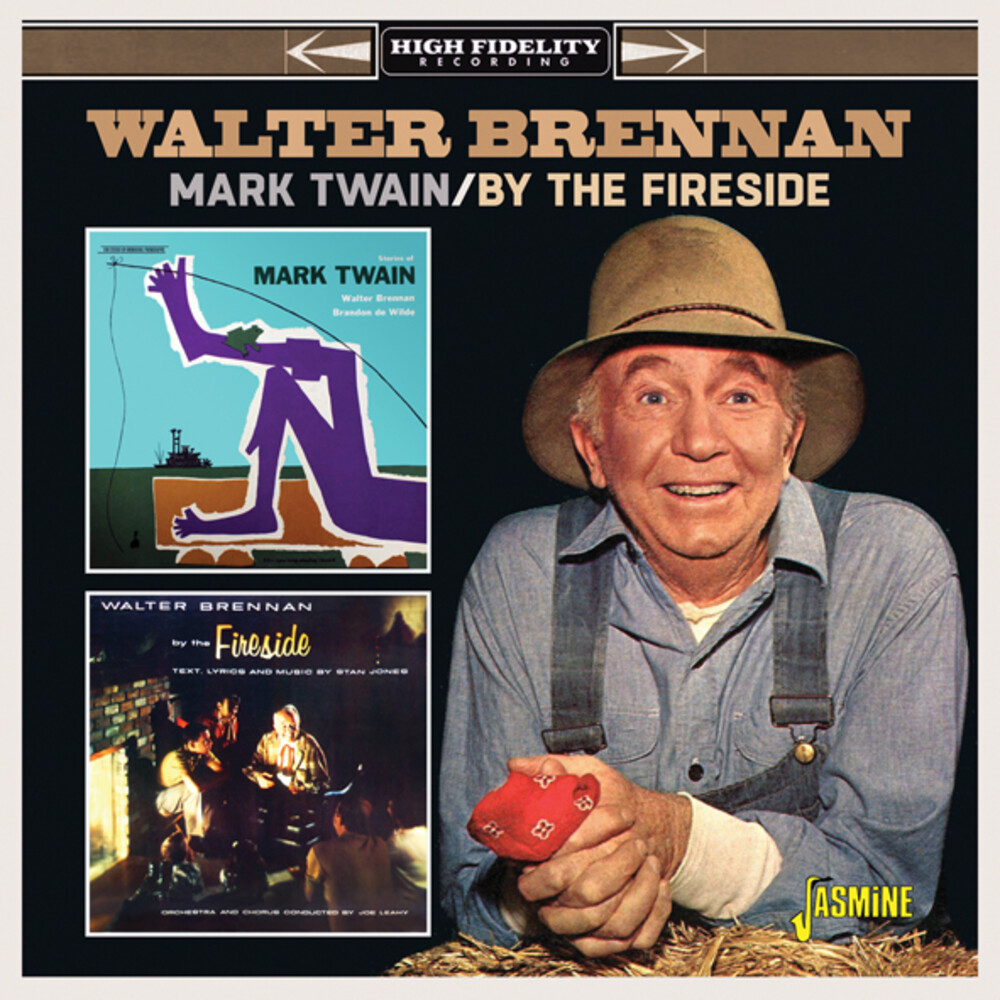 A hugely versatile and talented man, WALTER BRENNAN was one of America's favourite character actors (he won three Oscars for "Best Supporting Actor") and also famously pursued a successful, parallel singing career. The companion to an earlier Jasmine release, "Reminiscing With Walter Brennan" (JASMCD3647), this compilation is built around two unfeasibly rare albums, "Stories Of Mark Twain" (on which he performed two lengthy narrations) and "By The Fireside", an ambitious, "Glorious Americana" collaboration with songwriter/singer Stan Jones, neither of which have ever previously appeared on CD. Bonus tracks are included by way of a handful of rare 45s, notably 'Space Mice' and 'The Epic Ride Of John H. Glenn', which are equally rare. Much of this material has never previously been reissued, in any format - indeed, all but two of these sides have never previously been issued in the digital format.