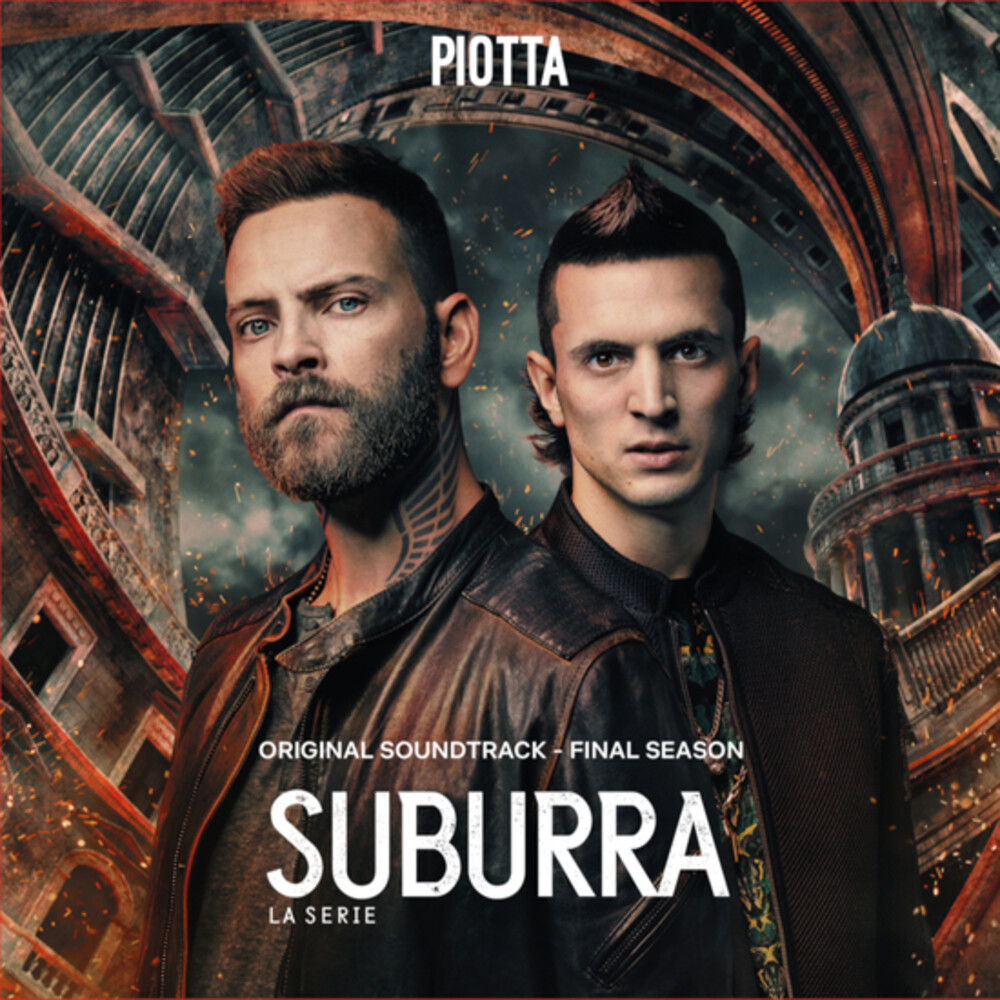 Netflix's acclaimed series Suburra: Blood on Rome (available in over 190 countries) focuses on the deep connections between politics and organized crime in the Italian capital. The soundtrack to the third and final season was written, produced and performed by Roman rapper and songwriter Piotta, whose '7 Vizi Capitale' was already the theme song for seasons 1 and 2. His music beautifully complements the gripping plot and the characters' journey, capturing the atmosphere of a side of Rome unknown to many. The vinyl LP contains 10 previously unreleased tracks, including 2 instrumentals and a remix; the CD features 3 bonus tracks.With 9 albums under his belt, Tommaso Zanello, also known as Piotta, is one of the pioneers of Italian hip hop. Active on the Roman rap scene since the mid-90s, he earned national fame with his award-winning single 'Supercafone' (1998), which was later used by Sky Japan as a theme song for the Italian football championship. He can boast collaborations with hip hop legend Afrika Bambaataa and English musician Captain Sensible and has toured the United States with the Vans Warped Tour.'