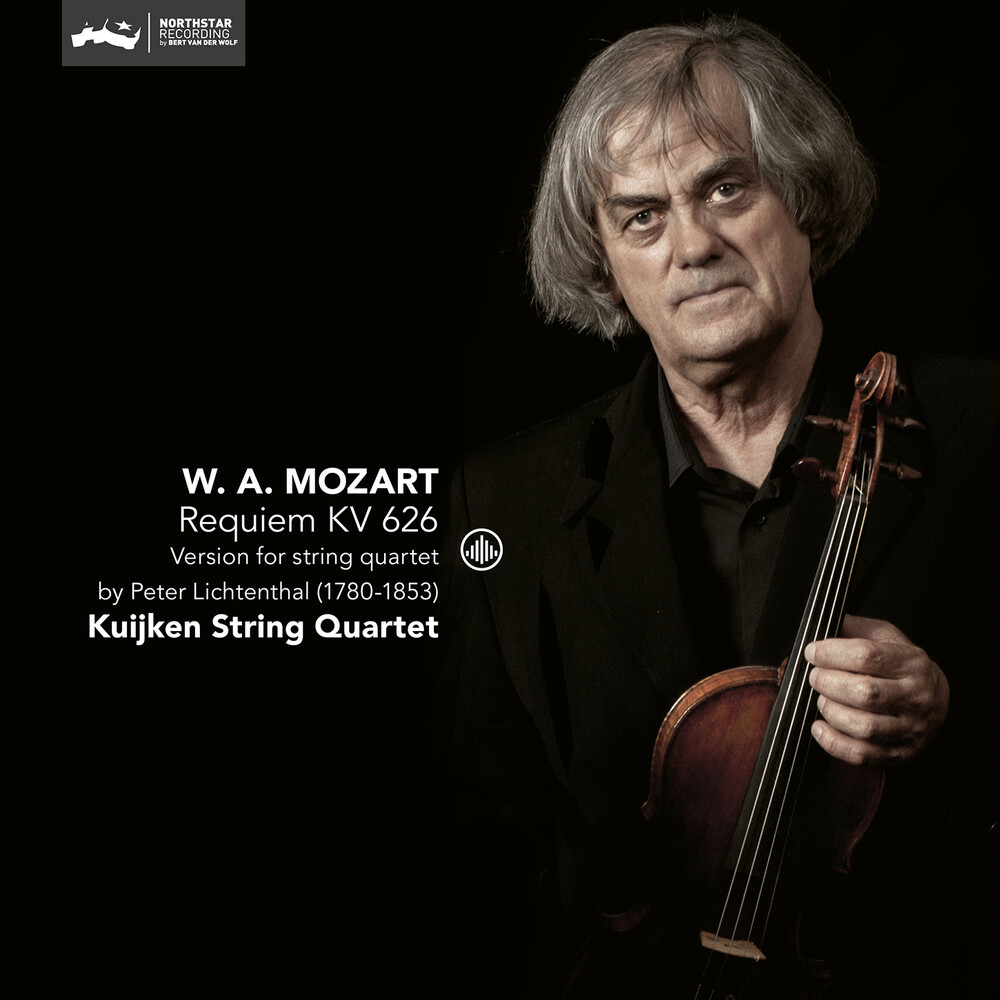 Transcriptions for string quartet by the composer or someone else was common practice in Mozart's time. In that light this string-version of Mozart's Requiem is nothing special. What makes it special, is the circumstance of the original Requiem itself. It is known that Mozart left the majority of the work incomplete, and that on request of Mozart's widow, his pupil SÃ¼ssmayer did the finishing job. Where one's work ends and the other's starts, no-one knows. This 'skeleton-version' of the Requiem, however, fully preserves the eloquence of Mozart's music and therefore perhaps proves that the Requiem contains more of the masters own composing than we can objectively establish. But incomplete as the Requiem is, Mozart's universal genius radiates through the notes in any version. And if anyone can bring the radiation to the surface in this version, no one better than the Kuijken Kwartet.