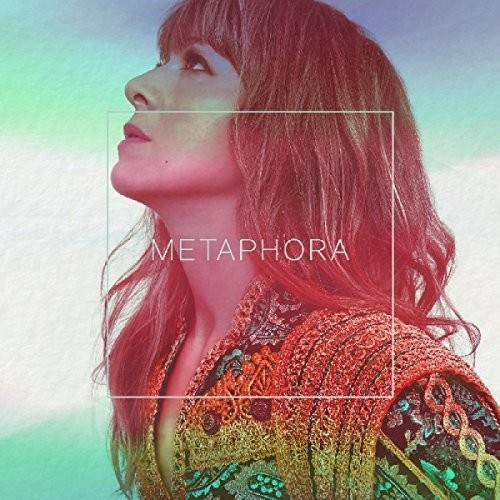 On Friday June 22nd Jill Barber will unleash her new album, Metaphora, on the Outside Music label. A bold entre into the world of contemporary pop music, resulting in a Jill Barber we've never heard before. Metaphora showcases her power and vulnerability as both an artist and a woman. Evolving over the course of many albums from folk to jazz, R & B and pop, Jill's success is defined not by genre, but by her undeniable songwriting chops and distinctive voice. Metaphora is a continuation of Barber's musical story that confidently tackles everything from issues of empowerment, sexual politics, the complications of love, and depression. It's introspective and personal. It's also a dance party. Mutual friendships and living on the same street led Jill to sit down with Ryan Guldemond, the enigmatic lead singer of Mother Mother, for inspiration and creativity. Ryan's commitment to Jill and unwavering enthusiasm garnered co-writing credits on four of the nine songs on Metaphora, including the instantly catchy lead single, Girl's Gotta Do, a hook-filled and very timely call to arms that aims to challenge the patriarchal status quo, as we usher in a new era of equality says Barber. Writing with Ryan was a big departure for me, and very exciting. He's extremely creative and not afraid to push my creative boundaries recalls Barber. The sessions became part songwriting and part therapy because I was writing about things that felt pretty raw; politics, sexism, being a mother. I started to realize that this was going to be a very different kind of album for me. I had more that I needed to say and Ryan helped bring that out with his uncanny knack for melody and song structure.