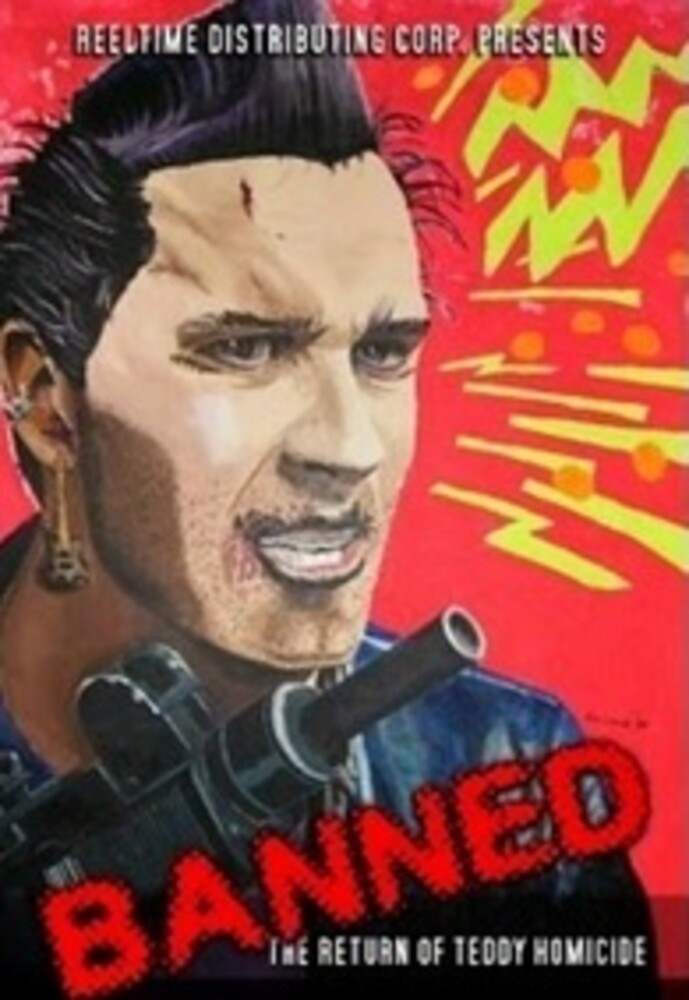 Sex, Guns and Rock n' Roll! When a smooth jazz guitarist is demonically possessed by the ghost of Teddy Homicide, a notorious, violent punk rocker, all hell and guitar strings are sure to break loose! This is grindhouse grand-diva Roberta Findlay's last feature film- the never-before-released, eagerly-awaited, unseen cult film that has steadily gained in reputation since it was completed and unceremoniously shelved in 1989. A punk era time capsule waiting to detonate, BANNED! Will finally be unleashed in a fully restored, uncut and freshly 4K scanned special edition! Extras include new interviews with the director and cast member Debbie Rochon. Director Findlay, one of the lone femme autuers of the exploitation film industsry, has recently seen a resurgence of serious interest in her eclectic film output and is the subject of recent retrospectives at the Tribeca Film Festival and other international festivals. Her cinematic oeuvre is now the subject of a scholarly (and pricey) reference book, The Films Of Robert Findlay, the newest volume in the ReFocus: American Director Series published by The University of Edinburgh