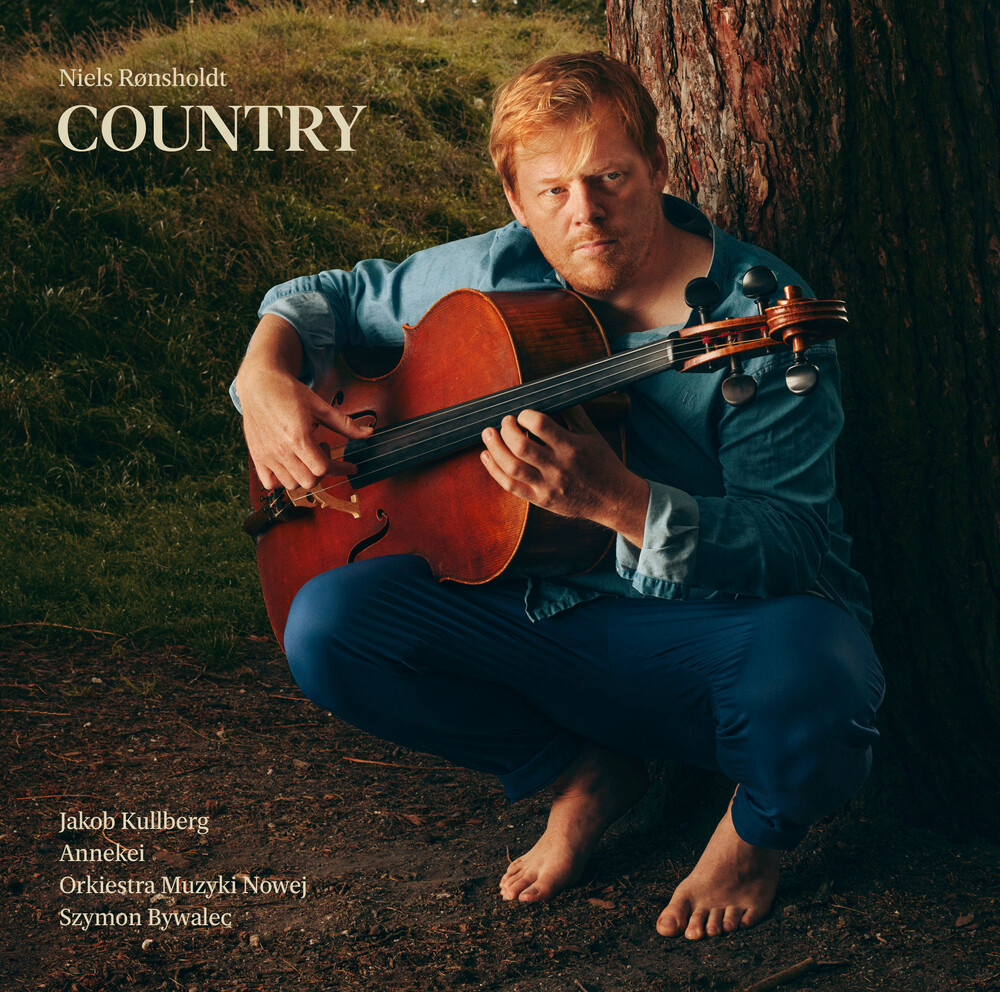 With Country, composer Niels Ronsholdt widens the scope of his music, reimaging the country genre as a concerto for singing solo cellist and chamber orchestra. Country shows off the fine voice of soloist Jakob Kullbergand and his extraordinary ability to play the cello 'alla chitarra', like a guitar. Here Ronsholdt finds expressive connections among far-flung sources, creating music which reflects and refracts it's inspirations in the rich American country tradition and a sort of Nordic pastoral yearning for love, with a critique of nationalism. Niels Ronsholdt is a Danish composer born 1978. His works include experimental operas, installations, performances and concert music. Ronsholdt works with a kind of 'method composing' where conceptual constructions involve performance, text and a musical expression that reference e.g. mainstream music and historical musical forms. Ronsholdt is educated at the Royal Academy of Music Aarhus with Karl Aage Rasmussen and Bent Sorensen and in Berlin with Helmut Oehring. He has been commissioned by esteemed international ensembles and performed on most European contemporary music festivals.