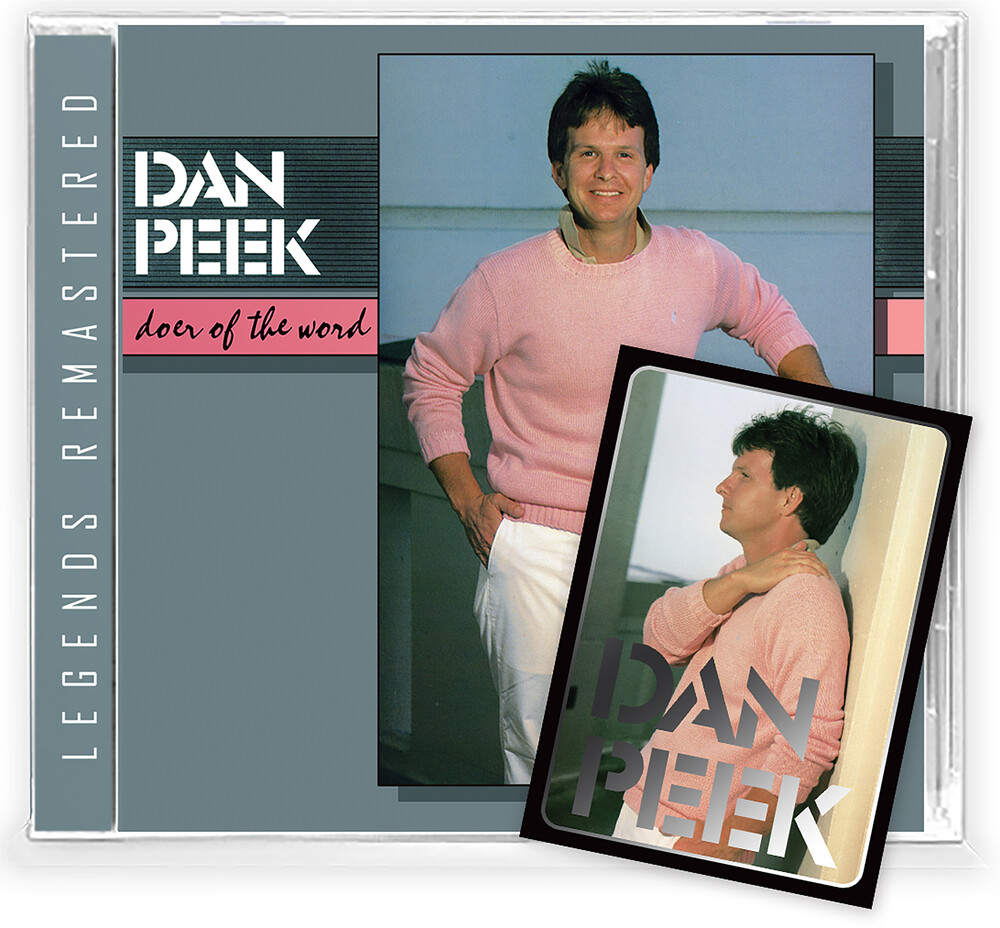 Doer of the Word hit #2 on the Christian Music ChartsAmerica alum Gerry Beckley joins Peek on the title trackLead singer of the 70's iconic rock band, America with multiple hit albums and hit songs, including their biggest hit, "A Horse with No Name"His first solo album was 1978's crossover hit, All Things Are Possible (Lamb & Lion Records)Each CD comes with a high quality foil-stamped trading card of Dan PeekIncludes 2 bonus tracks2021 digital remaster that includes fully restored audio to collector ear's approval (previous CD reissues had audio substantial issues).12 page insert with lyrics, rare band pics, packaged in a jewel case. In the '70s, Peek had been one third of one of the most successful bands in the USA, America. They became one of the biggest bands in the USA. Unfortunately the success still left Dan Peek empty inside and his spiritual journey led him to salvation in the late '70s. He left the band and embarked on a solo career, releasing his debut album in 1978. Doer of the Word is his second album released in 1984. One thing is for sure, Peek knows how to pen songs with hooky choruses and gorgeous harmony vocal arrangements. He even persuaded his former band mates in America to add their golden throats to the title cut here which is an absolute classic of melodic pop with an encouraging Christian message. Those catchy pop tunes continue throughout with other highlights including the killer chorus of "Holy Spirit" and the pleasant vibe of "Your Father Loves You". Peek's skill is combining a strong message with a great melody. I'm left reflecting that 20 years later, there are few modern artists who are truly interested in making strongly spiritual music outside the worship genre, which is a shame. If you like west coast harmonies and pop arrangements, there's plenty here to enjoy. For fans of classic America, Rod Stewart, Billy Joel, Don Henley, Fleetwood Mac, Bob Seger, The Band, and Van Morrison.