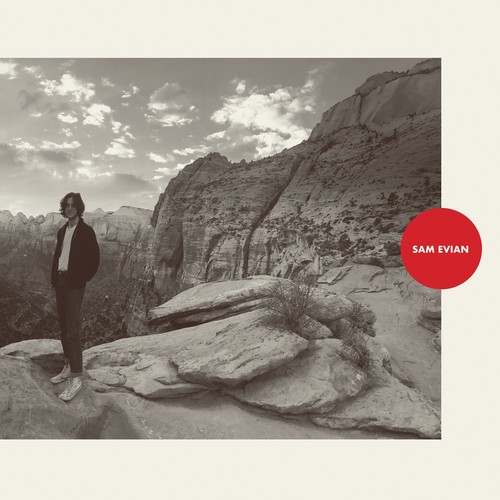 As it has been said: no matter where you go, there you are. With his new album You, Forever, Sam Evian, the project of New York-based musician, songwriter, and producer Sam Owens, is here to add some eternity to that sentiment. “This is you, forever,” he says. “It’s about accepting that you are responsible for you, that you’re in charge of your actions. Everything you do affects others and yourself, so, no matter what you choose to do, be there and learn from it.” It’s a mantra that powers self-starter Owens, who debuted his first Sam Evian full-length, Premium, in the fall of 2016. The notion takes on a dual meaning that is echoed across You, Forever. You, Forever is Owens’s foray into a more soul-baring sensibility and places the artist directly in the sightlines and heartlines of his listeners. The album (as well as 2017’s “Need You,” a collaboration with the multi-hyphenate musician Chris Cohen) was written on the heels of his experience touring Premium with his band and was recorded across the latter half of last year. The tours—which included opening shows for bands like Whitney, Big Thief, Teenage Fanclub, Luna, Nick Hakim and Lucius—taught him much about feel and interaction. Further fueled by a desire to escape from the glow of screens and to embrace a sense of limitation, he quickly developed a new set of songs for his band and recorded them on a Tascam four-track cassette recorder at his parents’ house in North Carolina. Owens then borrowed an eight-track reel-to-reel tape recorder from a friend, rented a house in upstate New York, and took the band – Brian Betancourt (bass), Austin Vaughn (drums), Adam Brisbin (guitar), and Hannah Cohen (backup vocals) – there to record the new album in July of 2017. The limitations of the method - Sam even banned tuning pedals - focused the recording process on the vibe he had achieved on the original four-track recordings. Whether driving across America, navigating the bustle of his adopted NYC home, playing festival stages with rock legends, or getting back to basics in his parents’ garage, no matter where Sam Evian goes, there he is...forever.