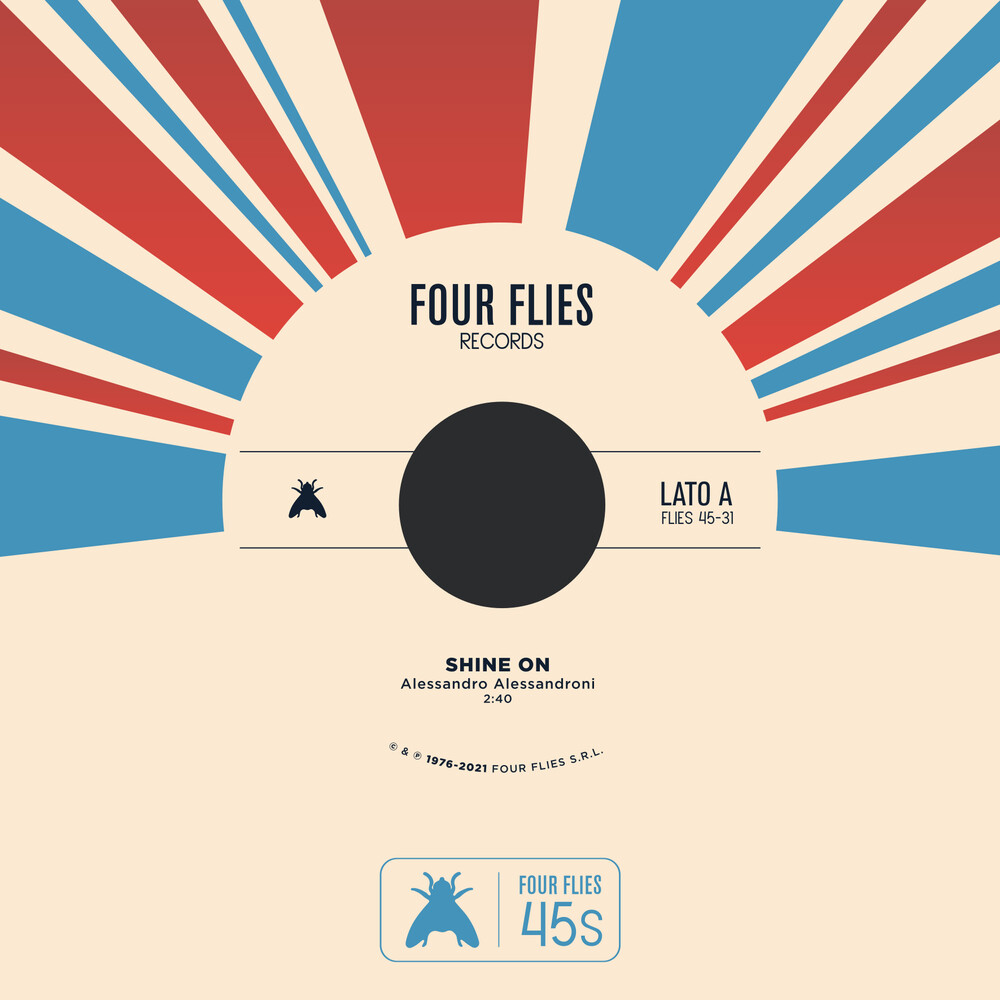 Four Flies keeps digging into the secret archives of Alessandro Alessandroni to bring hidden treasures back to light. After two successful releases - the EP Afro Discoteca and the compilation album Lost & Found -, it is now the turn of a new 7' single featuring two tracks with a strong soul-funk influence, sung by the Maestro's beloved Cantori Moderni in a typically Italian harmonizing style, poised somewhere in between gospel and disco music. Both tracks are previously unreleased and were recorded in the same 1976 sessions that birthed Sangue di sbirro (Knell / Bloody Avenger), his most blaxploitation-inspired soundtrack. Shine On, on Side A, is a disco-funk anthem driven by a killer rhythm section, with heavy drum breaks and bass lines enhanced by a powerful brass section, string interludes and Fender Rhodes phrasings with a distinctly jazz-funk flavour. In the same vein, Prohibition on Side B is a mid-tempo funk floor-filler built on a super groovy bass line on top of which are layered prominent brass and Wurlitzer passages. This is another great find that expands the known horizons of Alessandroni's discography. And it won't be the last one